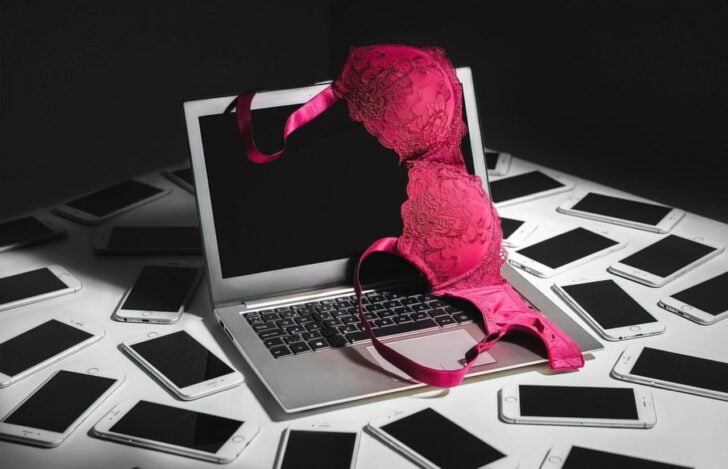 The High Tech World of Intimate Services in the UK

Prostitutes and other sex workers in the UK believe that the internet has made their business much safer as they no longer need to wander the streets looking for clients.

But the industry’s withdrawal to the Internet has brought with it new risks: Here sex workers are more vulnerable to abuse, threats, and unwanted harassment. In addition, there is an increased risk of friends or family finding out about a “shameful job”.

These are the findings of the largest survey of the sex industry ever conducted in the country. A two-year project called Beyond the Gaze was implemented by the Universities of Leicester and Strathclyde.

During the study, scientists interviewed 641 sex workers, 1323 clients. Both agreed that the Internet and digital technologies have completely changed the sex industry. In particular, 60% of sex workers said that they would not provide intimate services at all today if they could not search for clients online. Most sex workers earn less than £ 20,000 a year.

One of the study participants, Charlotte Rose, told the BBC how the provision of sex services fit perfectly into her family life. “I love this kind of work, and it was fundamentally important for me that I have a flexible schedule. I have two children, and for me the opportunity to spend time with them, while providing for my family,” she explains.

Rose describes herself as an independent entrepreneur who is empowered by the Internet to promote Brighton Massage Parlours, build a customer base, and make a living. The proportion of such individual sex entrepreneurs is estimated at 72%.

Rose admits that her job has shortcomings, and one of the main ones is the stigmatization of prostitution, a deeply entrenched dismissive and disdainful condescension in society towards sex workers. Her children also have a difficult time, and she herself periodically has conflicts with the owners of the apartments that she rents.

Advertising of sex services on the Internet in Britain is not prohibited by law, and in the latest report from the British Ministry of Internal Affairs, the number of sex workers in the country is estimated at between 60,000 and 80,000. However, what they do often have a very distant relationship to conventional wisdom about what sex services look like, the BBC notes.

For example, one of the study participants named Werner runs an agency that provides models for webcam platforms. Most of the time, models don’t even need to undress, she said, as there are so many single people who just want to talk to someone.

The ability to engage clients online through relatively secure webcams has made the provision of intimate services an attractive option for sex workers who would otherwise be unlikely to seriously consider such work. According to the latest data, street prostitution currently accounts for only 3% of the total sex market.

The study notes that new technologies have made the provision of sex services more flexible and mobile, which has contributed to the influx of new people into the industry. The Internet allows advertising the whole range of work – from webcamming when a client pays to watch a live performance, to escort services.

Among prostitutes who use the Internet in their work, there are 73% of women, 19% of men, 3% of transsexuals, and another 3% of intersex people and gender. On the one hand, the Internet has made the sex industry safer, but at the same time it brings with it new risks, the researchers conclude.

More than 80% of sex workers claim that they have encountered a violation of the law in one way or another in the course of their work. Over the past five years, two-thirds of those surveyed have been intimidated or harassed at least once, and half of those who took part in the study are afraid that someone will tell their friends or relatives about the nature of their work without asking. At the same time, the police often do not respond effectively to complaints and statements of sex workers, preferring to fight street prostitution and human trafficking. 40% of those surveyed said they would not go to the police for help.