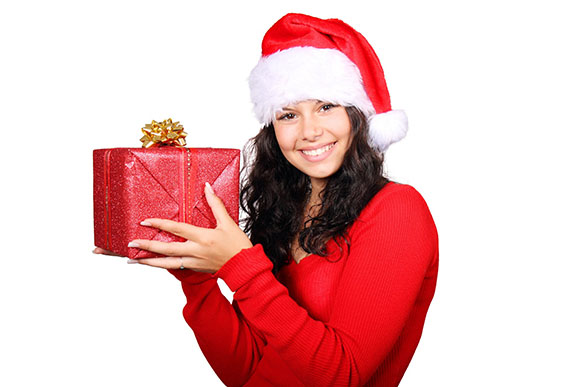 With Christmas right around the corner, a global pandemic in full swing, and climate change a painfully obvious reality, the science-loving geek in your life will most likely be asking for sustainable, eco-friendly gifts this year. Geeks are the ones we’re all counting on to help us reverse the damage we’ve done to our planet. They’re the disrupters, the believers, and the chewing-gum-and-paperclip MacGyvers of the 21st Century. They’re looking for better energy, cleaner food, and less-wasteful materials, and we’d better support them with everything we’ve got.

Why is the Raspberry Pi included on a list of environmentally friendly gifts for geeks? It’s a computer–well, due to its modest functionality, we usually call it a computer project–from a non-profit foundation whose goal is to provide an affordable way for kids around the globe to learn to code. The Raspberry Pi runs off a low power supply and tends to inspire its owner to do all sorts of cool projects, from coding their own Pong clone to making robots. There’s also a global community of volunteers out there to help people learn to use the Raspberry Pi; the geek in your life can learn from these volunteers or even become a volunteer.

Thank the geeks for turning smart cars into the Model X Tesla, the quickest SUV on earth with an acceleration rate of zero to 60 mph in as little as 2.6 seconds, dual-motor all-wheel drive, driver assistance capabilities, falcon-wing doors, 360-degree cameras, the capacity to tow up to 5,000 pounds, and a range of up to 371 miles on a single charge. One of the best gifts you can give an electric vehicle-driving geek is a JuiceBox EV charger from Enel X. It’s a sleek home charger with wi-fi capability and the ability to charge an electric vehicle quickly and securely.

Buying refurbished isn’t about saving 15% on a tablet. It’s about minimizing the environmental impact of your purchase. In an article on Green America, the director of the Clean Computer Campaign is quoted as saying, “There’s no silver bullet if you want to go out and purchase a computer free from toxins.” The article goes on to argue that the most sustainable way to “minimize the harm” when buying a computer or device is to buy a refurbished (or used) machine. When you buy a refurbished product from Apple, you get a like-new device with a new battery, outer shell, and accessories such as cables and operating systems. Most refurbished hardware from Apple comes with a warranty and 90 days of complimentary tech support.

Speaking of mobile devices, you can now buy biodegradable and compostable smartphone cases. A company named CASETiFY promises to plant a tree for every case sold. Their plastic-free cases are made from bamboo-based material and blended with starches from natural resources; you can even customize your case by having your geek’s name embossed. Another brand with compostable smartphone cases is called Pela. This company uses renewable resources whenever possible, and their cases are made of biodegradable and compostable materials. They’re also working on a goal to remove 1 billion pounds of plastic from the waste stream by 2028, and they actively measure their carbon footprint as a company.

You might find it interesting that we include a bidet on a list of eco-friendly geek gifts, although the eco-friendly part should be obvious–your geek will drastically reduce the amount of toilet paper they use once they start with a wash seat. But we’re not just advocating any bidet; we’re talking about the Toto Washlet C200, rated by The New York Times Wirecutter website as the best bidet seat. The features on the C200 include a heated seat, water temperature and pressure controls, and remote control. Since many geeks do their best thinking on the throne, this gift might help save the world some day.