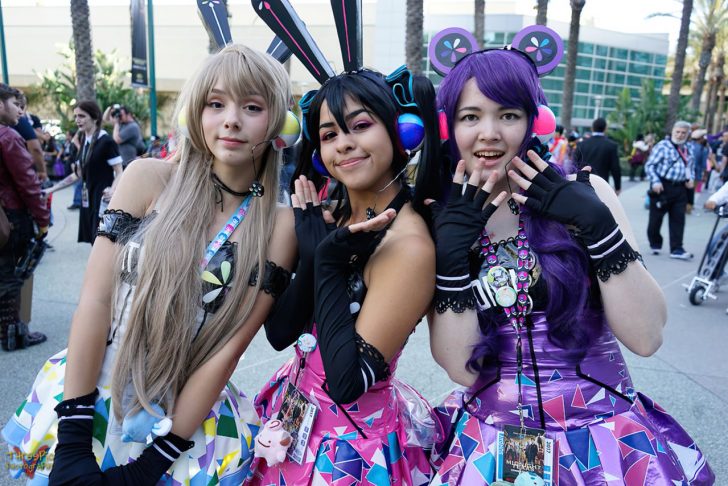 Most proclaimed geeks would agree that they knew they were geeks when they were children. Maybe they were picked on by the mean kids (but hopefully not!) or maybe they were the smart ones who wanted to spend every waking hour reading, exploring computers and technology, drawing and learning, burying themselves into magical and imaginary worlds. Maybe you were that girl who read at recess far away from rowdy kids running around the playground, who were socially awkward around other human beings, or who fantasized they could be an astronaut heading to Mars or put on a robot’s suit and hide from the world. Geeky girls, there is always a place for you in the world, and we need you, your intelligence, and even your individuality. And there is a place you can go to be with others like you and be inspired…at Geek Girl Con.

Geek Girl Con was created after enthusiasm for and a large attendance at a panel entitled “Geek Girls Exist” during the 2010 San Diego Comic-Con. This event inspired geek women and their supporters to continue the conversations and organize around their ideas, ultimately, becoming the first-ever Geek Girl Con in October 2011, in Seattle, Washington.

Geek Girl Con is the first convention to focus on women’s experiences, representations, and participation in the geek community. The event is planned, organized, and developed by a community of volunteers who work to elevate the profile of geek women in all areas of geek culture through events, social media, and the annual Geek Girl Con.

According to the website, “Geek Girl Con celebrates and honors the legacy of women contributing to science and technology; comics, arts, and literature; and game play and game design by connecting geeky women world-wide and creating community to foster continued growth of women in geek culture through events.”

Since the COVID-19 pandemic, Geek Girl Con has been active online. This year, the convention was virtual with five weekends’ worth of panels. The pandemic didn’t stop all the enthusiasm, virtual gatherings, and geeky conversations. You can go online to the blog and find all kinds of great information and events in which you can participate. From mystery dinner parties to learning about Minecraft, there are an abundance of cool online activities to get involved in.

Head to the Geek Girl Con website and get your geek on!