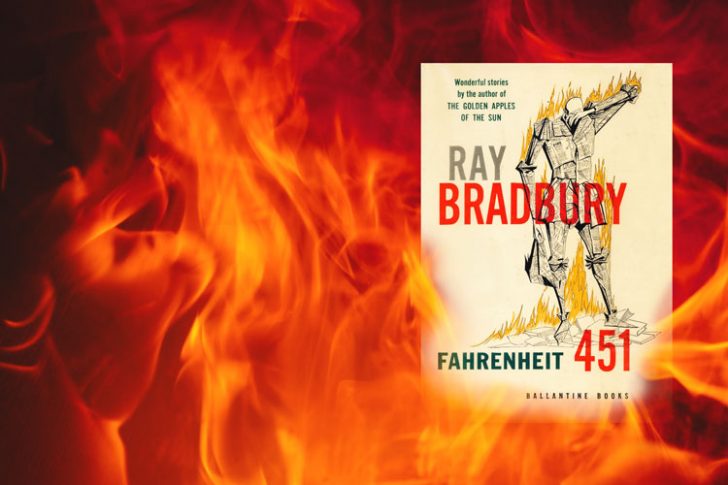 So there I was, browsing YouTube when a video about Ray Bradbury’s book, “Fahrenheit 451” popped into my feed, and I decided to watch it. It covered some interesting ground- interesting enough to ramble on about for another seven hundred words or so.

Now, I never really liked the “Fahrenheit 451”. I always thought it paled in comparison to George Orwell’s terrifying dystopic “1984”, the Vegas Casino of dystopian novels, whose themes and predictions have come scarily close to reality.

In fact, I’ve always thought “Equilibrium“, a Christian Bale action flick, covered many of the same themes and did them justice better than “Fahrenheit 451” did, or even the novel’s actual film adaptation.

What really intrigued me enough to write about it though was Ray Bradbury’s fears and paranoia about what modern entertainment would do society, and with nearly seventy years between now and the novel’s release, it’s fascinating to see what came true, and what Bradbury got really, really, wrong.

In case you haven’t read it, “Fahrenheit 451” is a dystopian novel set in the near future (the future from 1953) where books have been outlawed, and the government sends in Firemen to set fires and burn illegal books.

The premise is that because of instant-gratification-entertainment, such as TV, people’s attention spans kept getting shorter and shorter until the only thing people read was magazines. Eventually, reading became so distasteful, the government outlawed it since it hurt people’s feelings and gave them bad thoughts (in the 1960s movie, one of the Firemen pull Mein Kampf off a shelf as an example of such a book).

The book’s protagonist, Guy Montag, who is a Fireman himself, eventually starts opening up to the idea of books and begins to secretly collect them until he is eventually found out and flees for his life. The book ends with Montag meeting up with a resistance group that spends their days memorizing books to tell the next generation about.

Then a nuke drops on a nearby city for vague and unconnected reasons, THE END.

“The Veldt” is about a family in the future that has technology that can do basically everything for them. Tie their shoes, make sandwiches, bath the kids, etc. They even have an entire room called “The Nursery” which allows the children imaginations to come to life (think Holodeck from Star Trek).

What He Got Wrong

In contrast to Ray Bradbury, I don’t think people have gotten any stupider than they ever were. It’s just easier for all the stupid people to talk to each other.

And it’s a fact that technological progress hasn’t made people stupid. The average IQ has increased. General literacy has skyrocketed globally. Educational resources are cheaper and more accessible than ever (aside from Universities). Technological literacy is increasing globally, and so far, no spoiled rich kids with an Oculus Rift have turned homicidal.

In direct contrast to “Fahrenheit 451”’s predictions, books are still a thriving industry, and more are being read and published than ever. Ironically, cinemas are the dying industry, because of streaming services like Netflix.

If you take into account the popularity of audiobooks and podcasts, more people are partaking in intellectual content than ever before.

It’s easy to look at Tik-Tok, YouTube, and Twitter and gain a horrific perspective on the world. Two generations of kids who post videos themselves of doing stupid things to garner “likes” and “Shares” and “Subscribers”.

That’s just a cesspool of clickbait, and I really don’t think it reflects on society as a whole. It’s all designed to be attention-grabbing and to appear more important than it really is.

Maybe I’m just a glass-half-full kind of guy. I don’t think the world is coming to an end. I don’t think technology is bringing society down. I don’t think we live in a simulation, or that AI is going to conquer humanity. Society isn’t any worse off than before, weird as that is to say, given the year we’ve been having.

I just think it’s different. Not worse – only changed.