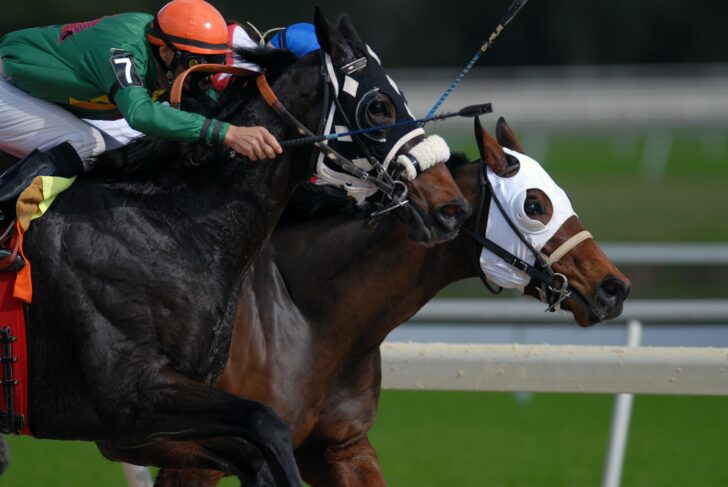 The Melbourne Cup is known as The Race That Stops The Nation for a reason. Every year on the first Tuesday of November at 3.00pm, Australians around the country stop what they’re doing for three and a half minutes to see the winning horse, jockey and trainer alike etch their names into horse racing folklore. It’s the biggest race in the nation and one of the biggest in the world, but if you’re not familiar with it then read on — this is the Melbourne Cup for beginners.

The history of the Melbourne Cup

The first ever Melbourne Cup was held back in 1861, with Archer winning that race in a field of 17 horses — he would go on to win it again the following year, and more than 160 years later is one of just five horses to have won it on multiple occasions. In 1875, the race was held on the first Tuesday in November for the first time, a position that it still occupies today. 1890 saw the largest ever field contest the event with 39 runners, while 16 years later, the Cup was filmed for the first time in history.

As it continued to grow in popularity, so too did demand for coverage, and so in 1915 the race was broadcast on ABC radio for the first time. Over the ensuing decades, of course, technology developed, and methods of Melbourne Cup consumption developed with it — 1960 saw it first televised live to Sydney, while 18 years later the same momentous occasion was marked in Victoria.

In 1985, total prize money for the 3,200-metre event first surpassed $1 million. That number, it’s safe to say, was a fairly significant increase on the £710 shared in by participants in the inaugural version of the race, but it nonetheless pales in comparison to the prize pool today, which sits at an incredible $8 million.

Given the prestige in which it is held both locally and abroad, it’s unsurprising that many past Melbourne Cup winners rank among some of the best stayers in the sport’s history. Way back in 1930, the iconic Phar Lap won the event, becoming just the third foreign-bred horse to do so — he was from New Zealand, as the majority of international winners have been, but indicative of the global appeal of the race there have also been multiple winners from Great Britain, the USA, Ireland and Germany, as well as one each from France and Japan. Kiwi horses aside, all of these international victories were recorded after 1992.

Almost certainly the most famous Melbourne Cup runner in the event’s illustrious history is Makybe Diva. The champion stayer first won in 2003, before backing that win up in 2004 and becoming the first mare in the race’s history to win it multiple times in the process. Not satisfied with two wins, she promptly went on to record another victory in 2005, and became the only horse to ever win it three times.

Which horse is favorite for the 2021 Melbourne Cup?

With still a few months to go until the 2021 edition there are numerous horses capable of contesting the finish on the first Tuesday in November. Chief among the Melbourne Cup favourites include Prince of Arran, a British gelding who has finished in the top three in the last two editions of the event, and the Irish Tiger Moth, who finished second last year. Last year’s winner Twilight Payment is again expected to be there or thereabouts, as are the likes of Amade, Love and One Ruler.

The 2021 Melbourne Cup will be the 161st edition of Australia’s most famous race, and will be held on Tuesday, November 2 at 3.00pm. Every year, it captures the attention of millions around the country and indeed the globe, be they ardent racing fans or complete novices, and the upcoming incarnation of the event promises to be another captivating one.