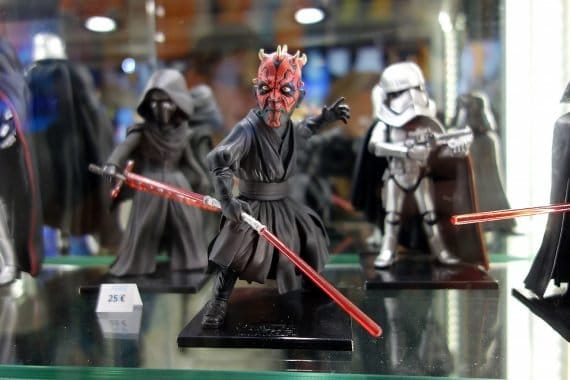 Anime Streaming or Where to Watch Anime

Animated Japanese cartoons or in other words, anime have become incredibly popular across the world. More and more people start to be fond of anime, especially those who like to be called geeks. However, what is anime? For those who might not know, anime is the cartoon that originates from Japan. The very term “anime” is the Japanese word for animation. The earliest date for a commercial anime dates back in 1917, and the first-ever known anime dates back in 1906. However, during those times, the Japanese were not the only ones who did animations. For example, the first western cartoon ever was done by the French in 1908 and then when Disney came out, their first cartoon ever was in 1928.

The 20th century was indeed the start point of animation in general, including the anime. But today, we see things to be a lot more different. Back then, animators in order to do animation, they had to hand-draw them, which means that according to animation theory, they had to draw 24 images for only 1 second of video. Today, these artists are heavily involved in technology, programs, even digital tablets that are helping them create animations quick and easy.

The theory of 24 frames per second still stands, however, many animation teachers rely on teaching the future animation students, to go with how they feel they want to create these frames. But enough with the history of animation in general. Besides, the animations are made to be watched and how can we watch them if we don’t know the platforms that stream them. Below you will find some of the best streaming services for anime.

This streaming anime service is like Netflix and HBO Go for TV Series and movies. Is one of the best of the best that is heavily involved in delivering the latest anime news, anime series, anime manga and so on. Crunchyroll is one of those websites that also offer a premium rate if you want some bonuses, something like seeing an anime episode before those who don’t have premium accounts.

In other words, Crunchyroll is a niche Asian focused streaming service, and besides anime, it also includes Asian Drama. This multiplatform streaming site supports Windows, Android and iOS, which means you can even watch some anime on your mobile device. Like any streaming service, Crunchyroll features popular programs, most rated anime and the content seems to be stable. The quality of the cartoons are satisfactory, but you can also download an episode if you don’t want to deal with the ads. However, a premium account is necessary if you want the best quality and more benefits. Besides, you can also watch the streaming for free, but there are some drawbacks, but depends on each person.

This streaming service, unlike Crunchyroll, is completely free. It is also considered one of the biggest anime websites in the world. The website features categories like drama, sci-fi, horror, action, comedy and much more. These categories are also very organised on the website and the episodes you will see are organised in the category that it represents.

In addition, KissAnime features a streaming quality from 240p to 1080p and you can also download them for later use. The anime is also embedded with English audio and subtitles in order to be understood. However, many anime fans love to leave the Japanese audio and have at least English subtitles.

If you want to take a look at KissAnime, creating an account is not mandatory, you can watch your favourite episodes and videos whenever you want. The site was made to be available to everyone and it also has the highest number of fans and rates high in popularity.

However, not everything can be perfect, like Crunchyroll or any other streaming website, there can also be disadvantages. KissAnime, unfortunately, has some technical issues where the platform does not open on various browsers. In other words, it may be harder to watch some anime episodes on your mobile device. And, of course, there can also be a few pop-ups now and then.

Let’s say you are a very die-hard fan of Pokemon and it is understandable. Pokemon is one of the most popular anime in the world. It is so popular that besides the animations there are even toys all over the place, toys such as pokémon nanoblock, which are like Lego but Japanese style.

We pretty much grew with Pokemon, everyone knows about Ash and Pikachu and their team. For those who really, really like Pokemon but don’t want to deal with many other anime categories, there is a streaming service, just for Pokemon.

Pokemon TV features only Pokemon just like SouthParkCC features only South Park. It is a streaming service made for just one type of animation. The platform offers a number of different episodes from select seasons. However, unfortunately, Pokemon fans won’t be able to watch the latest episodes from the latest season. And because of this they are kind of forced to look somewhere else.

The PokemonTV can be found on the official website of Pokemon that also features an encyclopedia of Pokemon, Pokemon games and others. In addition, there is also a mobile version of Pokemon TV, that can be easily found on Google Play and App Store. Unlike the website, the app seems to be comfortable for fans regarding watching their favourite anime.

The anime streaming services don’t just stop at Crunchyroll, KissAnime and others. There is a tremendous number of platforms to watch anime and the options may vary between them. However, you have to be aware that some of them have to be skipped, because those websites may load malware on your device. One very good feature to watch out is to see if the platform starts with https, which is a domain that has security.