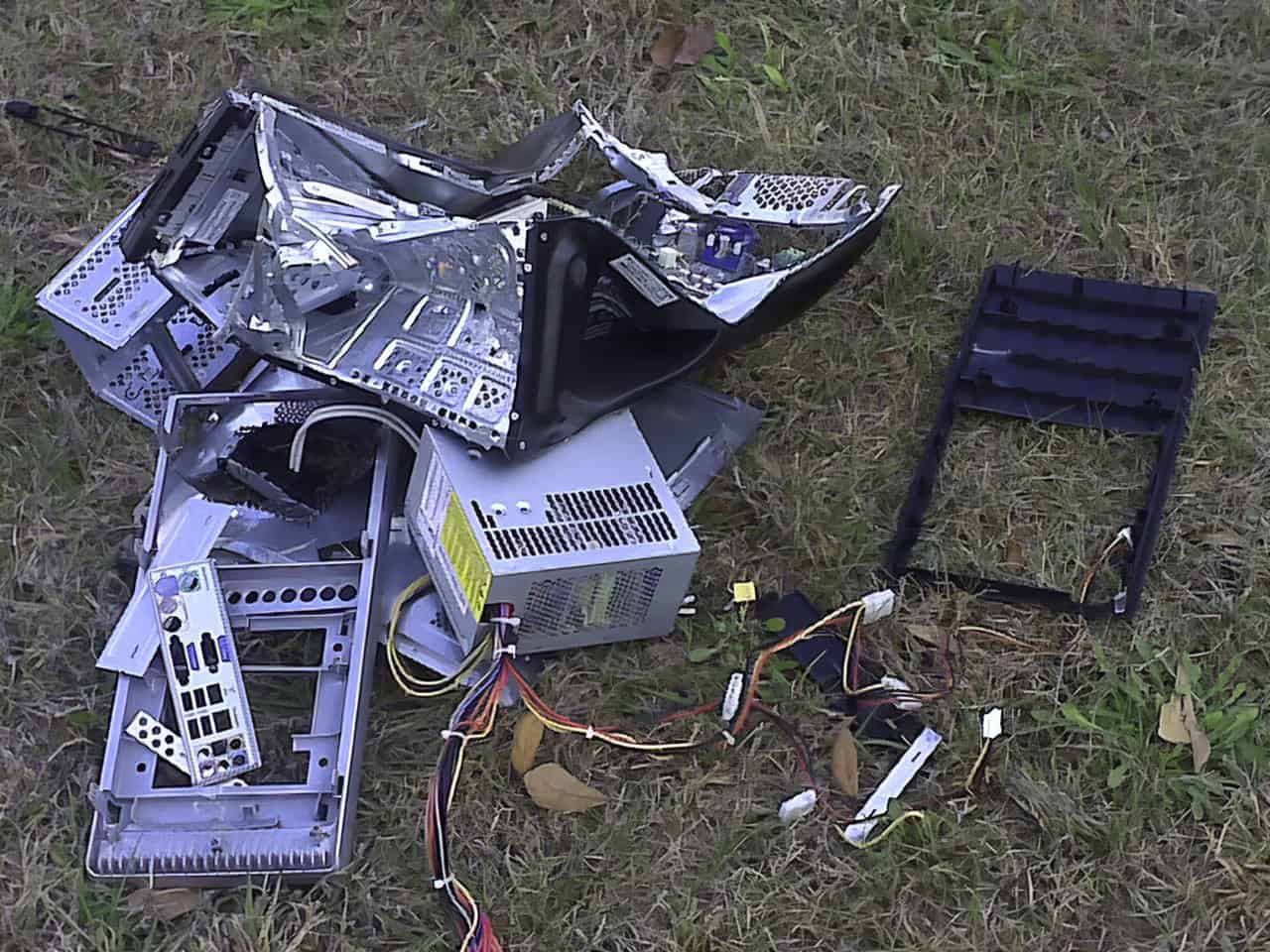 Sticking your dongle into the wrong hole

It can take a lot to lead up to this important moment. You’ll need a willing partner, a big enough drive to make it happen, and a shocking amount of electricity. All is going great, despite having to pay a lot of money for the service, but hey, it still counts no matter how long you’ve waited to get your hands on some of the goods.

Except when you finally get to the deed, it’s further down than you thought in this case. It won’t go in no matter how hard you push, and your partner is starting to make some irritated whirring sounds in response. You don’t let that dissuade you, and you try it upside down – nope, still doesn’t work. You have a reach around with both hands to get a good feel, but it’s still difficult to find the entrance. Making the connection is proving harder than anticipated, and the frustration kicks in, forcing you to be a little less gentle. You try positioning up and down, side to side, and even diagonally but it just won’t go in.

Finally, you make contact and get that sweet release. She doesn’t like that. That’s the HDMI port. These taboo stories happen too often, especially with DisplayPort cables, and can lead to even more frustration, and having to replace your cables which are far too easily broken.

Holes can be exploited, so it’s best to keep them plugged and as safe as possible. The taboo stories related to this can lead to a lot of pleasure as they are resolved, since there’s always a happy ending once those holes are filled. Security is important when performing, so discharging some of those holes in the act may be beneficial in order to keep your system clean and without any viruses that may be transmitted. Also be sure to get tested, and use as much protection as you can.

In most cases, the hard disk is the safer bet because of its reliability, storage capacity, and great speed. We all know speed is dominant for satisfaction, so the harder the better. The floppy disk may not be as useful or reliable, but it has its uses which are not to be ignored.

Destroying a floppy disk on purpose can result in some guilt for getting rid of the memories which were just as good on a harder device. However, doing it by accident is quite easily done and will result in the same disaster. No more inserting your floppy disk into the floppy disk drive, or putting some software into the hardware. Floppy disks may not respond to touch and finger commands, but they have as much value as any other member.

When dealing with hardware you can insert that RAM into the motherboard quite easily, but a simple process like this where things should just slide into place can go awry quite quickly if not done slowly and safely enough. Most pieces of hardware come with protective covering, dust caps, and plugs to make sure that nothing gets in without consent.

Regarding software, it’s commonplace to surf the Internet, especially on adult sites without the use of protection. That alone may make you spit out your juice if you see all the things that can affect your devices easily by clicking on the wrong thing. Make sure that firewall is turned on, and you won’t need to worry any further about letting any viruses slip inside.

There are more taboo stories about protection than any other online, especially with people inserting the D: Drive and getting explosive results inside their computers when the drive fails and refuses to work. Fragmented disks have less storage, work slower, and are a huge turn off for your computer’s wellbeing.

Why is Peer Review Important?

The Benefits of Virtual Shopping for Brands