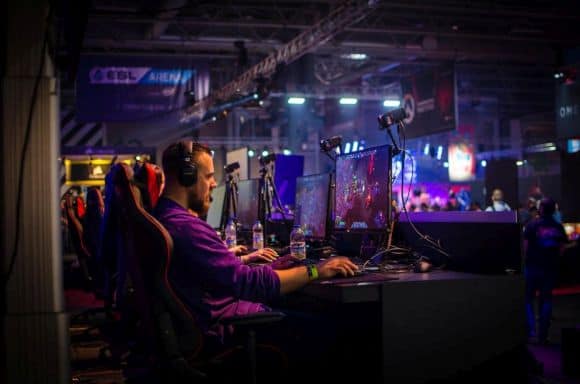 Video Game Guide: How to Get Started

So you’re interested in creating a game. Many video game lovers have transitioned their passion from playing to creating, and with more advanced software available, designing your own video game has never been easier.

If you want to bring your idea to the digital screen, but you’re not sure how to get started, read on for the ultimate video game guide.

Lock Down Your Concept

The first step of game development happens outside the computer. You probably have a general idea of what you want your game to be—but before you can start programming, your concept must be fully fleshed out.

Once you’ve figured out the artistic elements of your game, you can move on to some of the more technical steps.

Choose Your Type of Game

The type of game you choose is going to affect the rest of the development process. First and foremost, certain types of games require more time and skill to create than others. Secondly, your type of game will determine how you program playthrough and what software you’ll need to create it.

Here’s a refresher on some of the types of games you can choose from:

Role-Playing – Role-playing games utilize strong world-building. If you’re looking to create a role-playing game, you’ll need to spend a lot of time on the art direction, character development, and the goals and storyline of the game. This is going to take a lot of time both in pre-production and programming.

Puzzle Games – Puzzle based games are simpler in terms of programming but will require some know-how in development. Use of math and logic are needed to create a puzzle video game that’s both challenging and interesting.

Party Game – Party games are designed specifically for larger groups of players. These games will take more time and skills due to the complex nature of multiplayer platforms, so this may not be the best choice for amateur game creators.

While this is not a complete list, these popular game types are found more commonly in beginner game development.  Some types of games will be a lot easier to create than others, so know your skill level and resources prior to choosing. Don’t bite off more than you can chew, or you might find yourself losing motivation.

There’s a lot of software to choose from when creating a video game. Some well-known game development software on the market include:

Unity – One of the biggest names in game development, Unity is a software specifically used for 3D games. Unity has a free version but accessing the more complicated tools will cost money.

GameMaker – GamerMaker is a free software with an easy to use, drag and drop system. This removes the need for extensive coding and makes game development more accessible to anyone.

It’s important to understand the specific software your game requires, as well as how much you’re willing to pay. Determine these factors and research which software is going to work best for your skill level.

Video games are a tricky medium. Glitches, freezing, and software malfunctions are all possible and ripe for frustration. It’s important that you don’t let these mishaps discourage you from finishing your project.

When things aren’t going your way, it’s okay to take a break and practice some stress relief. In doing this, you’ll be taking care of your own mental health and allowing yourself to recharge in preparation for all the work ahead. When things start going awry, and you feel yourself tensing up, consider practicing any of these stress relief methods:

Step Away – First and foremost, you’ll want to take a step back from the computer. Pushing yourself too far will cause burnout and may even result in a hatred for your own game. Keep the inspiration alive by taking breaks when needed.

CBD – A natural stress reliever, CBD is a great way to combat the frustrations game creation brings. CBDfx has potent, natural CBD tinctures that can easily be ingested either alone or in your favorite beverage while working.

Ask for Help – Don’t be afraid to reach out to other game developers for assistance. If you’re really struggling with an issue, reach out to a friend or colleague, or post your question on a game development forum.

Nobody said developing your own game would be easy, but it is worth it. Getting started is exciting but can also be intimidating. Things only get harder once you’re in the thick of it, experiencing the inevitable technical difficulties. Don’t be afraid, though! Every developer goes through these challenges, and even the most famous game designers had to start somewhere.

Take it slow, do your research, and don’t be afraid to make mistakes. You’ve got this!

Originally published on September 1, 2020 in Gaming