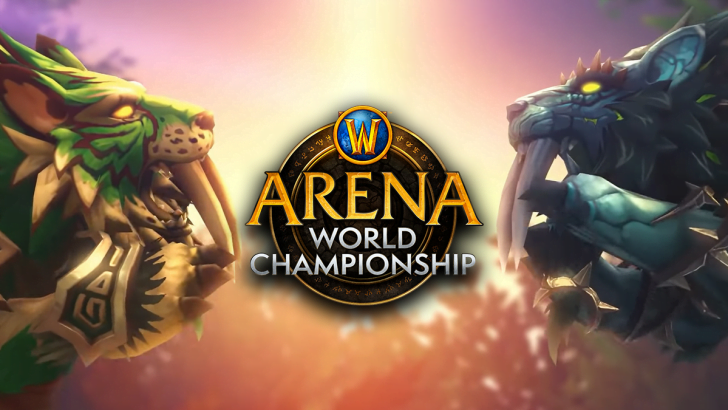 What is the event about?

Returning for its 14th year, the World of Warcraft Arena World Championship (AWC) pits the best players from around the globe against each other in two seasons of battle. Four teams from the Americas and Europe – eight teams overall – will converge for the AWC Circuit Finals. There, a total of $900,000 is up for grabs to share, and the world champion shall be crowned.

World of Warcraft (WoW) is a massive multiplayer online role playing game (MMORPG) created by Blizzard Entertainment and released in 2004, and has since become one of the most subscribed games in the world of its type.

The most popular MMORPG of all time

Whilst other popular games such as Grand Theft Auto V, Overwatch, Minecraft and even No Man’s Sky have completely free downloadable content (DLC), World of Warcraft: Cashpoint practically shakes you down for money and will cost not only an arm and a leg, but all your limbs, plus any common sense, in order to fund its tournaments and DLCs. You get all previously released expansions leading up to Shadowlands, but at what cost? A rather large cost.

An epic journey awaits beyond the veil, with five otherworldly realms of wonder and horror that you don’t care about; and you can save Azeroth (someone who was named after a five-year-old’s monster under the bed) from a totally original villain of ‘all-consuming darkness’.

Be sure to sacrifice your social life, alongside your life’s savings for this DLC as it requires a monthly subscription, plus a whopping $96.88 for the epic edition which gives you some fancy in-game pixels and 30 days of game time. On top of that, any in-game items and ‘Character Boost’ (that translates to ‘pay-to-win’) are not available in World of Warcraft Classic, and Character Boost is only usable on the World of Warcraft game account on which it was purchased or redeemed as a gift. Plus, upgrading to the Epic Edition will not re-grant any in-game items previously unlocked on your account. Because Blizzard totally cares about your user experience and not just your wallet. You’d think that with all this dollar hunger, Blizzard might be able to offer a higher prize pool for its world championship but they couldn’t even break one million dollars to reward their players for wasting their lives.

Back from the trauma of playing this game. Simply take a few minutes to research who’s probably going to win, and place your bets to get in on the WoW betting action. You can bet on match winners, the outright winners, the specials or future market, or even the handicap market. This is primarily for the PVP mode but you can also bet on PVE if you really, really want to. But hey, easily earned money is easily earned so why not? If you play this game there’s no other way to earn your money back anyways.

Originally published on February 15, 2021 in Gaming