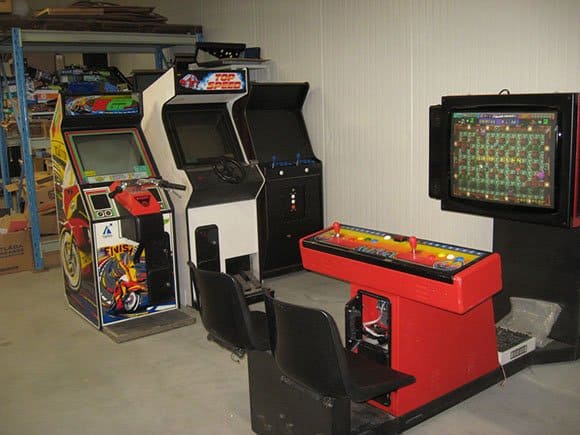 Every casino slot game comes with a unique theme. The theme it presents is part of what endears people to that specific slot game. We will be talking about Street Fighter or SF.

Street fighter is a video game developed and published by Capcom. It has been around for years (since 1987) and has lots of faithfuls. Its acceptance in the gaming market saw the introduction of five other main series games, various spin-offs as well as crossovers and numerous appearances in various other media.

In 1991, the world witnessed the sequel Street Fighter II or SF2. This turned out to be a bestseller and also laid a foundation for the development of one on one fighting games. Street Fighter II improved many of the concepts introduced in the first street fighter game. This included the use of special command-based moves. It also included a six-button configuration.

The game also offered players a wider selection of playable characters and each of them had their own fighting style. This edition of the game also introduced the combo moves system.

We have established the fact that this slot game is powered by a street fighter theme. However, this is not enough guarantee that the game will be worth playing. If the game is as great as claimed, what makes it so? What facts or features back those claims?

When designing this game, the director ensured that the design lived up to the original iconic game of the 90s. In lieu of that every detail was taken into consideration. The arcade-inspired art and sounds, the game mechanics, as well as the beat the bosses and car smashing bonus rounds. Everything about the game was designed to bring out the competitive nature.

This game is more like the original arcade game than a slot game. You get to select your favorite character and pit him against other characters or the bosses in the bonus rounds. The gameplay, the graphic and the characters all make up for an amazing game. There are very few games that will thrill you as much as this game and offer you the originality of their themes.

This game is a five reel and five row sets of reals. You get to play against one out of eight fighters in various stages around the world. You can even play against bosses in the bonus round.

Just like in the game, you get to engage in brutal duels against other players and your spins will serve as your moves. The result of each spin determines if your health bar or that of your opponent will deplete. The battle goes on till the health bar of one of the characters reaches zero. The character whose health bar reaches zero first has lost the battle. Like a good slot game, Street Fighter 2 The World Warrior also has its wilds and combos.

The wild gauge appears in each round and fills up with big W’s whenever a higher-paying symbol becomes part of a winning combination. The original street fighter 2 was famous for its mini-games. Street fighter 2 slot game also presents you with bonus games. During this round, you get rewarded for destroying a car. You trigger bonus rounds whenever you lose a battle but this doesn’t mean you always have to lose to activate a bonus round. Each time you win a battle, you activate free multi-lever Beat the Boss spins.

Should you succeed in beating all 4 boss stages, you will become the World Warrior Champion. This will earn you a bonus prize on top of your already respectable winnings. This game boasts a return to player of more than 96%. Although the game is still down to luck, a high return to player will ensure that winning occurs both ways.

It was earlier stated earlier that most casinos are powered by themes related to one thing or the other. This is due to the fact that casino development companies draw certain inspiration from these themes. They also appeal to individuals who love the original concept from which the game was developed.

Certain things are more open sourced with no one to claim sole ownership of them. One of such slot games are opera powered games. Street fighter is not some open source idea, it is an original game with a company taking the credit already. There was no way for NetEnt to produce a slot game using a street fighter theme without giving the owners of street fighter due credit.

Where to Play Street Fighter The World Warrior Slot

Now that you know this much about the game, it is about time you actually began playing the game. It is worthy of note that it’s a no download game. You can play it online by visiting any NetEnt casinos. Indeed, Netent is a popular casino software development company. This implies that there are many websites out there using their software. This also means that you will find their games on many websites.

It is important to note that this game is only available at online casinos. It can be a difficult task choosing a good online casino. Hence, we reached out to. This will not be the case if you follow the dictates of casino comparison sites according to Kayleigh Williams which is the editor in chief of casimoose.ca to help us come up with this source of information. These websites are owned or operated by individuals with loads of experience. They are able to look beyond the flashy logos and designs that may sway you. The people who own or operate these websites are experts who know which NetEnt games to expect from a good Casino. They also know the other important criteria they need to take note of.

These websites are very transparent in their ratings. They outline the features for ranking and make you the judge. They will give you accurate information and tell you what the casinos themselves will not tell you. Casino ranking websites gather information from multiple sources. Their sources of information include the experience of individuals who have played at these online casinos.

Originally published on October 16, 2020 in Gaming