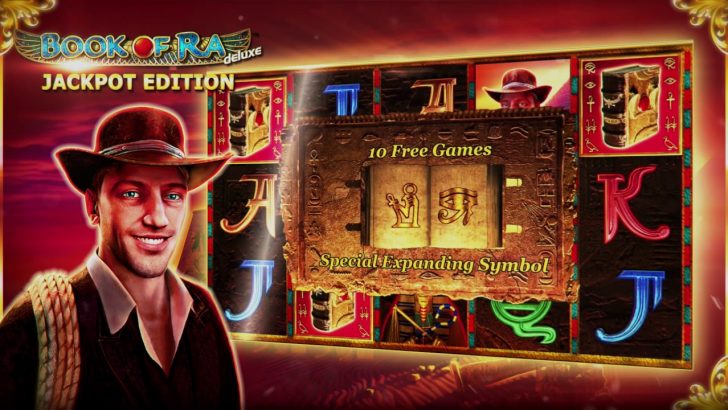 How to Maximize Your Chances Playing Book of Ra

Book of Ra is a thrilling online game, currently trendy in most online casino gaming sites. The game draws its basis from the well-known slot machine game, which has lasted for over two decades. Many players get fascinated by the promise this game gives them of amassing a significant amount of wealth once you find the Egyptian mystery book. The Book of Ra has two separate sub-games known as the Classic and the Deluxe (a remake). Novomatic, based in Austria, developed both games. However, the two games have notable differences in how they are played. The fact that this game is popular makes it a favorite among gamblers. In this article on the Book of Ra tips, we wish to equip you with some practices, tricks, tips, and strategies to maximize your chances of winning and reduce the chances of losing.

As a gambler, you would want to know which Book of Ra game is genuine and bet on that which provides maximum rewards. There are specific features to look for in the game that will help you achieve this goal. Such include:

1. The Free Spins and Gambling Feature

Once a player matches three Book of Ra symbols, ten free spins will automatically be activated. Whatever you win from these bonus spins can be punted. However, we would advise you not to do so. The fact that the scatter feature shows consistently does not imply that you will always win. Instead of trying to gamble such wins, you could monitor what happens upon the trigger of the expanding symbol. This event only occurs in the deluxe version, whereby after triggering bonus spins, an expanding feature takes the place of the other symbols on the reels. The above feature might lead you to a faster win. In case the symbol of the explorer man surfaces, one could win close to 5000 coins. Obtaining the pharaoh mask earns you some 2000 coins, and finally, the wild Book of Ra game pays you 1800 coins.

2. The Scatters and Wilds Feature

The Book of Ra game serves as a scatter as well as a symbol. This feature enables it to activate both real money wins and free spins. The character of the explorer man in the game serves as a symbol. He can multiply your stake to a significant amount, so as the book. As you venture into the game’s mythical Egyptian setting, you get to encounter the golden statue and royal cards, which also act as minimum-value symbols.

Both the original Book of Ra and the remake have features in ancient Egyptian themes. You are supposed to maneuver through Egyptian pyramids and other valuables such as the Sarcophagus and the Scarabs. In this case, the Book of Ra is the primary treasure; hence, your bets will multiply numerous times when you trigger it. Triggering the main treasure also activates free spins for you.

The original Book of Ra, known as the Classic, covers nine pay lines, whereas the remake has ten pay lines. Both of their slots can hold up to five reels and adjustable sizes of coins. Each line enables you to bet a maximum of 10 coins. However, the fact that you can cash out close to 45,000 coins on maximum stakes makes this game unbelievably rewarding.

Below are some of the tips and tricks you might consider using to increase your chances while playing Book of Ra:

a. Make Use of the Bonuses to Play

Due to the popularity of this game, most online casinos reward players with free spins. In case you get such offers, ensure you grab them without hesitation. They will assist you in maximizing wins and also aiding you to reduce losses.

b. When Staking, Ensure that you Place Maximum Bets.

The bonus features consistently appear every time you play this game. Since such features come with profitable expanding symbols, one may have to maximize the game’s wins. We would advise you not to gamble your full bankroll in a single game. Alternatively, stake reasonable amounts with the hopes of cashing out big.

One trick that most people should consider applying in the game Book of Ra is to set achievable profit goals plus the maximum number of spins to play in a day. Once you achieve your target, call it quits. In case you fail to win as perceived, close the game and try again next time.

d. Do Not Stake Your Wins

This trick is often under looked by most gamblers of the Book of Ra game. Even though staking your wins helps you double the number of winnings, it is a risky venture as it could likely lead to a loss. The game has lucrative payouts; hence there is no need for you to risk your wins again on a fifty-fifty stake.
There are additional tips on increasing your winning chances playing Book of Ra. These include:

• Selecting the best casino to play the game.
• Accept and claim the Book of Ra bonuses.
• Practice playing the game frequently while exploring its various features to increase your prowess.
• Identify which tricks and tips work for you and those that fail to do.

Originally published on November 6, 2020 in Gaming