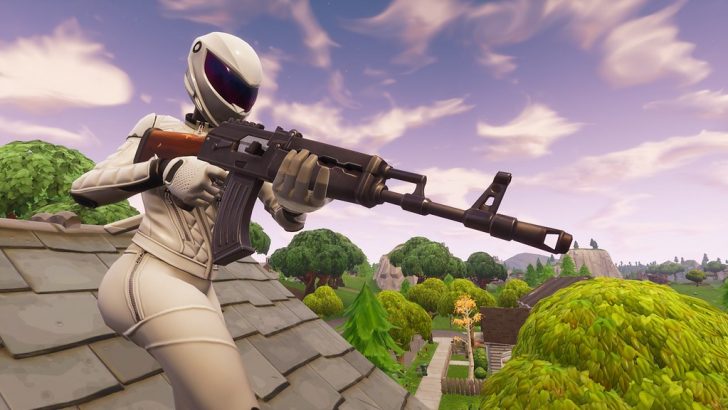 There’s no longer a single industry that’s not been affected by modern technology. Ever since technology started to evolve, we could see modern solutions being implemented all around us. To no one’s surprise, the entertainment industry was among the first ones to truly experience the change. The number of online games is constantly on the rise. Aside from that, in merely 15 years, casinos have shifted their entire offer online.

All of this goes to show that the gaming industry is, nowadays, closely connected to modern tech. Which is why it’s safe to assume that modern tech will only continue to amaze us further in this industry. That said, let’s see how online gaming evolved following new tech trends and what we can expect in future.

Up until recently, online gaming was quite similar to offline gaming. More specifically, players usually spent time in a familiar environment looking at their monitors. The only real exception is that they could partake in social interaction via the internet while gaming. However, over the years, the screens have become bigger and gaming equipment became more complex. But players were still too aware of their actual surroundings, no matter how captivating the game they’re playing was. That’s one of the reasons VR gaming sets came to be. Not only does VR offer a far more immersive experience but it also emphasizes true escapism. With such technology, players can now fully immerse in virtual reality and enjoy new experiences it promises. And due to constant tech advancements, home VR equipment is becoming more present and affordable.

In the past, even the most sophisticated games were quite limited option-wise. All of them featured predetermined set of options and rules payers could choose from. Nowadays, however, more and more gaming companies are implementing AI and machine learning into their games. What this means for players is almost unlimited amount of options and possibilities. These changes are probably the most noticeable when players are interacting with various NPCs. In the past, players knew what to expect from, let’s say a boss fight after taking part in it for the first time. However, nowadays, these NPCs can learn player behavior and change their mechanics the next time around. This brings a whole new dose of interest to the world of online gaming. Not only does it make the entire experience more enjoying but it also makes it more challenging.

If we take another look at the past, we’ll notice that plenty of games required some sort of payment. Things were much easier when all you had to do was buy a hard copy of your favorite game. However, when games shifted to the online world, things became much more complicated. First, we had bank transfers and various prepaid options. Later came e-wallets, such as PayPal. Nowadays, players can use blockchain and cryptocurrency to pay for their gaming needs. Although this concept isn’t quite new, the increased use of it is definitely something we haven’t seen before. This is particularly important in specific gaming niches. For instance, if you take a look at the iGaming history, you’ll notice that players have always searched for a safer way to pay for things online. That’s why the use of blockchain technology and cryptocurrencies has been so well received.

While on the topic of increased security, we simply must mention facial recognition. Even though it may seem like this doesn’t really have much room in the world of gaming, that’s certainly not the case. One of the most obvious advantages of facial recognition in gaming is security. Just imagine a world where you’ll no longer need to type in passwords and go through elaborate security checks. Instead, you simply scan your face and you’re good to go. This type of security is almost impossible to breach, which is something all of us are excited for. On the other hand, facial recognition can also be used to notice and prevent problematic behavior. Especially in case of gaming addictions and similar instances. Another perk of such tech is personalization. In near future, players will no longer have to choose an avatar out of the pool of premade and predesigned characters.

In the end, we absolutely need to mention on-demand gaming. To make on-demand gaming, numerous tech solutions needed to join hands. And lucky they did, because players can now enjoy all the advantages on-demand gaming brings. Cloud technology combined with excellent internet speed and fast processing systems allow you to try out any new game you want without actually needing to purchase it first. Online casinos are the perfect example of this. However, aside from them, there are plenty of other options for various players. With such commodities and a vide variety of titles to choose from, it’s no wonder that the gaming industry will only continue to rise.

As you can see, new tech trends and modern technology truly reshaped the world of online gaming. What’s great is that this trend will only continue to rise in popularity. So, no matter if you’re only entering the world of gaming or you’ve been in it for a long time, check some of these new trends out. Chances are that you’ll be more pleasantly surprised than you initially thought. And not only that but all the commodities and new experiences will only enhance your love for gaming even further.

Originally published on October 13, 2020 in Gaming