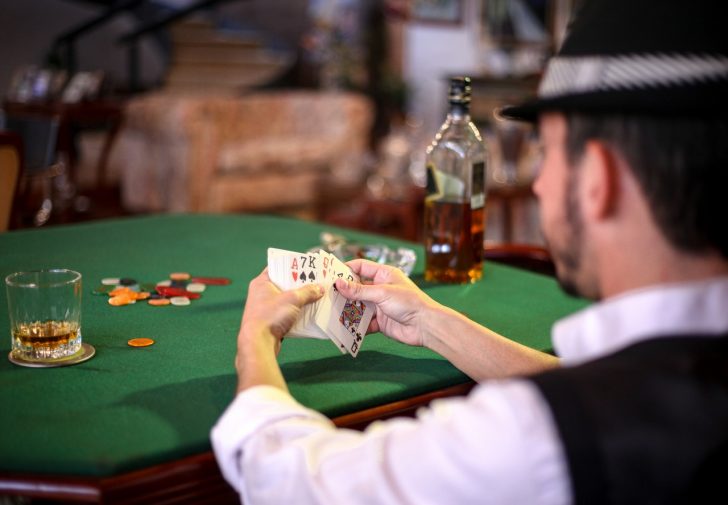 How Nerds Can Get Better at Poker

Wow, they made Tabletop Simulator into a real thing? The game Poker identifies as a card game, but is mostly brimming with a combination of luck and skill. Poker players wager over whose hand is better according to the set rules, and these bets are usually made with ceramic or plastic discs, known as chips.

Why should nerds play Poker?

Poker feeds egos, and although that may sound like a bad thing, it’s certainly not. In a lot of online games, confidence is everything. Confidence in your decision making, in your skills, and confidence in your ability to win and succeed at the game you’re playing.

Strategy is a big part of a lot of multiplayer games, and is determined by your brains and skills at the activity; and Poker is the exact same. Like many games, Poker has a very steep learning curve, however it is equally as rewarding. You pay to play, so being thrown in at the deep end is the best way to learn especially with your money on the line. You learn quick that way, and then soon you start winning quick, and soon enough you’re thrashing all of your friends at this new skill which you can show off to your online and in real life friends alike.

How to play Poker

As alluded to beforehand, it’s not an easy game to learn, but don’t let that stop you. Study is a vital key to success. There’s plenty of guides out there to improve, but let’s start with the basics, beginning with the deck. Poker is usually a standard 52 card game – sometimes with one or two joker cards in the mix too – and often includes another card deck to speed up the game. Whilst one is being played, the other is being shuffled and dealt.

Next, the hands: which will usually consist of five cards. The various combinations of Poker hands range from the highest of five of a kind, all the way to the lowest of no pair or nothing. Basically, make sure your cards match in some way. If none of your five cards pair up, all five don’t share the same suit, or aren’t consecutive in rank, then you best hope that nobody else has a pair either. In that case, the highest card wins.

Where other card values and scoring are concerned, there’s a few tricks you can have up your sleeve. Starting with ‘five of a kind’ which is the highest possible when there are wild cards in play such as jokers. An example would be four 10s, and a wild card.

‘Straight flush’ on the other hand, is the highest you can get when there are no wild cards. You’ll need five cards of the same suit in sequence, but the chances of being dealt the highest possible straight flush is almost 1 in 650,000 so don’t count on it.

The next best thing is ‘four of a kind’ – which, as you can imagine consists of four matching cards, regardless of what the fifth card is.

After that comes the ‘full house’ which consists of three cards of one rank, and two cards of another rank. For example, you could have three 6s and two kings for a full house.

Subsequently, you’ve got a ‘flush’ which can also grant you a win with slightly less chances, and that’s if you find yourself with five cards of all the same suit, but not in sequence. The opposite of this would be a ‘straight’, with all cards in sequence but not all the same suit.

The next three ranks would be ‘three of a kind’, ‘two pairs’, ‘one pair’, and is topped off by ‘no pair’ – which you definitely don’t want. These last ones are pretty self explanatory if you’ve been following so far.

The rules don’t stop there. Betting is a big key to Poker, and often the game comes down to the best chip management. You’ll need an ‘ante’ of a bet to start with, and there will be other opportunities to bet more throughout. Each betting interval or round begins with a player making a bet. The player to their left must either ‘call’ – by putting in the same amount of chips, or ‘raise’ by putting in more chips. Or, the player can ‘fold’ and discard their hand, input no chips, and they’re out of the betting until the next deal.

It’s important to note though, that not always the best hand wins all the chips in the pot, so bluffing comes into play – and that’s what makes Poker so popular. There’s a lot more to the game, such as knowing when to call or raise, or even fold. But one aspect which makes Poker so fun is that you’re not just playing the game, or even the mathematics; you’re playing your opponents.

Where can I play Poker?

Now that you’ve got a lot of the basics down, the best way to learn is to start playing, if you can. If you’re stuck in lockdown and can’t go outside, well that won’t be a problem. Powerplay Casino has you covered at lightning speed with the fastest Poker game in the world over Zoom with Texas Hold’em, Chicago or Omaha, as well as many other Poker variants. A first deposit of $20 or more grants $30’s worth of free play of this world renowned card game. It’s the perfect way for a gamer to get involved in yet another competitive challenge with high stakes, and even higher rewards.

Originally published on March 18, 2021 in Gaming