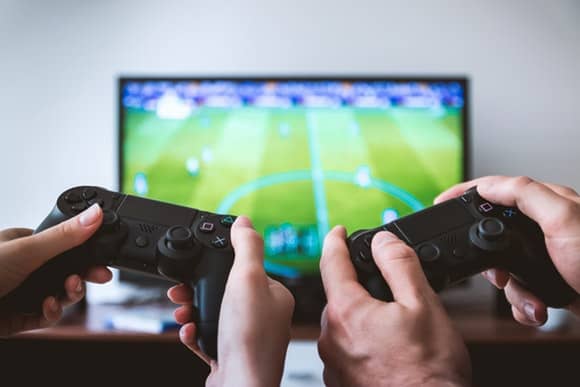 How Big of A Threat is Mobile Gaming to PC Gaming?

A look at annual video game sales figures over the past few years will have you wondering if mobile gaming is taking over from console games. There is a lot to be said for the ability to reach into your pocket and play the latest video game as soon as it is released!

A recent poll by UK app developer Trappable shows that 42% of both male and female gamers now prefer mobile gaming to console and PC gaming. The poll also showed that 32% prefer playing games on console systems, and coming in last was the PC, with only 26% of respondents saying that PC gaming was their preference. This study, and many other consumer reports that seem to show the same thing, have experts wondering if PC gaming is going the way of the dinosaur.

Sam Furr, Trappable founder and CEO, guesses that the ease and convenience of mobile gaming is driving its increasing popularity. He explains, “you can take your mobiles with you and dip in and out across the day. We’ve seen this theory validated with the Nintendo Switch, a hybrid between console and mobile, giving you the best of both worlds… their processing power, and the graphical ability of mobile devices has advanced almost beyond recognition.”

Price is a big factor in mobile gaming’s popularity

In the past, you had to purchase an expensive video game console, additional accessories, and then shell out for each new video game as they were released. Consoles became obsolete almost every year, and video games were extremely costly when they were first released. Over time, computer games became more advanced, and many players chose to switch over to online gaming on their PC or laptop.

There are many free and open source video games available for PCs, but you need to have a certain level of hardware for them to play at an optimal speed. However, for just a few dollars, you can play the latest mobile games on your phone. In fact, many games start off with the ‘free to play’ model that allows you to progress and enjoy games in exchange for watching ads or sharing content on social media.

It costs a lot less to get started with mobile gaming than it does to build up the right hardware and software to play games on your PC.

Will Mobile Gaming Take Over the PC Gaming Market?

So, will mobile gaming spell out the death knell for pc gaming and console systems? Not so fast! In fact, some experts believe that mobile gaming is actually boosting the entire gaming industry as a whole.

For every person playing online poker on an app on their phone, there are still many eager gamers lining up for the latest console. With Playstation 5 about to debut this year, we’ll soon see fervor play out all over the media. For many gamers, playing free games chosen from lists of the year’s best apps can then lead them to seek out PC and console gaming.

Like a constantly evolving cycle that feeds back into itself, perhaps mobile gaming won’t spell out the end of PC gaming – it will strengthen it! It seems like it will likely boost and bolster the industry as a whole. Jason Kingsley, the founder of Rebellion, an independent games developer, agrees.

“What we are seeing is an industry that is hugely expanding and an element of overlap, rather than simply a case of losing players in one area as they shift to another,” he claims. “More and more people are realizing how fun computer games can be and mobile gaming brings an element of convenience that consoles don’t. We’re seeing a whole new audience of players who don’t necessarily identify as gamers at home playing on an expensive console, but may instead spend hours on a mobile game that isn’t expensive to buy.”

Do you prefer mobile gaming to PC and Console Gaming?

What do you think about the surge in mobile gaming vs. PC gaming, where do you stand? Will you make the move to solely playing games on our phones, or does the experience of console or PC games satisfy a different urge? Have your say in the comment section, and share this article with your friends.

Originally published on October 22, 2019 in Gaming