Has Multiplayer Gaming Reached a Crossroads?

Multiplayer gaming has long been an exciting way of adding extra interest and tension to any game. We have been challenging others to a face- off since the likes of Empire and Maze War were released back in the 1970s. The idea of just playing against a computer-generated opponent doesn’t seem so appealing once you have pitted your wits against a human.

Yet, the way that we play these games has evolved in fascinating ways since the release of those early multiplayer games. What are latest trends and what does the future hold in store for gamers who love to play against human opponents? With multiplayer games diversifying in a variety of ways, things are getting very interesting in this respect. 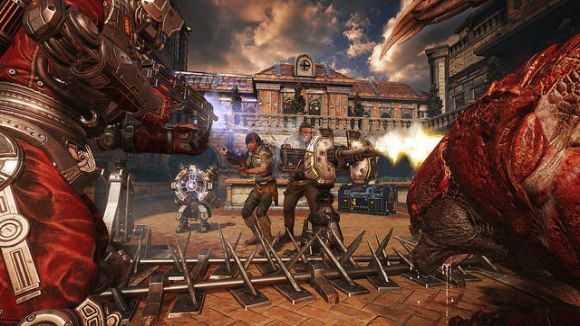 There have been a few notable trends in multiplayer games in the last few years. Among them has been the growing popularity of co-op games where players team up together against a common enemy. There are many terrific titles out in this format, such as Destiny 2, Total War: Warhammer, Fallout 76, and a lot more.

These can be played with online players covering your back virtually, or else locally with people sitting next to you. The range of co-op games has also increased to cover additional genres, with more than just pure shooters now covered. You can work together on RPG adventures. There are even multiplayer cooking games likes Overcooked, which is available on Steam.

Another type of multiplayer game that is increasingly popular is the battle royale scenario. This is when a large group of players start out with little equipment and need to survive as well as explore a large area if they aim to be the last player alive.It takes a Minecraft-style huge world and adds in the thrill of the battle to it.

The battle royale style of game play can be seen in the likes of PlayerUnknown’s Battlegrounds, which has sold more than 30 million copies and has been played for more than 2.7 billion hours. Fortnite from Epic Games is another hugely popular title in this genre and has been by far the most watched game on Twitch lately.

Battle royale titles released in 2018 include Hunt: Showdown, Darwin Project, and Islands of Nyne. The signs are that this way of playing against other players is going to carry on being big news for the time being. This combination of survival, fighting, and exploration has really captured the imagination of gamers.

We can see that this multiplayer approach has also crept into other types of game too. For instance, there is the option of playing multiplayer roulette at Betway Casino, where a live chat function makes the game more immersive and interactive. You can also play multiplayer sports games such as soccer and basketball online too at sites like Silvergames.

Are Traditional Death Match Games Falling Out of Favor?

Of course, in the past, multiplayer gaming was typically about one on one deathmatches, whether they involved shooting, fighting or some other sort of combat. Games of this sort include Doom, Halo 2, Quake, and Half-Life 2: Deathmatch. This sort of face-to-face battle to the death is thrilling but is it now considered too dated and limited for sophisticated gamers? Well, Halo 5 was the latest title in this range and Microsoft confirmed that it is as popular as the preceding games in the series.

These are games that introduced many gamers to the idea of playing in a multiplayer format in the first place. The thrill of having real-life opponents to battle against certainly breathed new life into the world of video gaming and continues to be popular, if less so than in the past. Whether you play on a PC, a console or even a more-advanced mobile device, the multiplayer deathmatch approach still is extremely tempting.

Will this type of deathmatch eventually fall completely out of favor due to the emergence of the multiplayer approaches that we saw above?

The truth is that arrival of battle royale and co-op playing has led to a fall in the attractiveness of simple classic deathmatches. With so much variety to choose from, it was predictable that the classic deathmatch was going to lose players to the new types of game.

Yet, there is likely to always be room in the gaming world for all of these different types of multiplayer experience. Once a player has tried this playing mode, they are unlikely to go back to solo playing, meaning that they will be keen to find different ways of playing with others. There is every reason to believe that many gamers will simply switch between the different ways of playing when they feel like it.

The Impact of Microtransactions

One of the most intriguing issues in gaming right now is the matter of microtransactions, also known as loot boxes. This is where players make in-game purchases that give them an advantage over other players through better kit or some other boost. Whether you play on a top-class laptop or an ageing PC, you stand more chance of winning if you spend money on the game.

Some people enjoy this aspect of the games, while others feel it is unfair for players to buy themselves an advantage. Therefore, it was interesting to see that EA announced that there would be no loot boxes in Battlefield V. This follows the controversy over how loot boxes have affected the gameplay in titles such as Star Wars: Battlefront II.

It is clear that multiplayer gaming is here to stay. However, time will tell exactly what format this takes. Will it be in battle royale games, traditional deathmatches, and co-op games or will some new format appear? Will loot boxes disappear altogether or will developers find a new way to introduce microtransactions that keeps everyone happy? It is going to be interesting finding out the answers.

Originally published on June 27, 2018 in Gaming