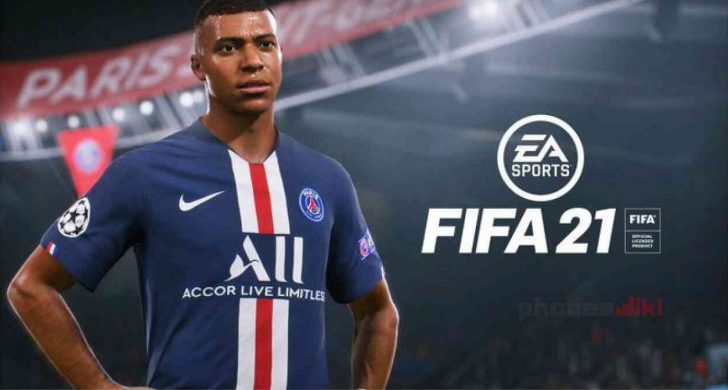 In line with its drive into the steam striving market, Electronic Arts (EA) released the news of another of its games launching on the Steam storefront. This time, it is the football simulation video game, FIFA 21. The move is a new one for the widely played Football franchise, exclusively played on Consoles and Windows PC. EA is making true of its promise to make its new release available on multiple platforms. This year’s version of the game would make it to steam on the launch, and that is in addition to previous other storefronts.

How much does it cost to pre order FIFA 21

Players who want to have the first feel of the game on steam can preorder the standard edition for $60, the Champions Edition for $80, and Ultimate Edition for $100. As if the announcement wasn’t big, another twist was added to it by permitting EA’s user-defined tags. Expectedly, tags such as Soccer, Sports, and Simulation made it to the listing. One that was overt and controversial was gambling. Expectedly, EA wasted no time in removing the controversial tag. Playing Soccer simulation is a bit different from playing Slots. But it shows the mood of the players towards loot boxes of the last version, FIFA 20.

A survey showed that a staggering half of the FIFA 20 players regretted their decision to spend their hard-earned money on the loot boxes. A study revealed that over 1000 US gamers sample didn’t like the fact that loot boxes have become a staple in EA games. Also, an average gamer spent $217 on 12 loot boxes last year, with 70.5% of the players spending at least once on loot boxes.

These statistics have led to backlash and constant reviewing by authorities. It has also raised the question about the addictive nature of loot boxes. There is no chance of making fortune like maybe in Casino Online but has the same incentivized entertainment of gambling. As supported by the statistics, a growing number of gamers, 61.5%, see loot boxes in the light of gambling. 50% regretting ever purchasing one, 45.4% see it as addictive and 51.5% as exploitative. While 40% like this predatory service to be regulated by the right authority but a low 17.5% don’t want the feature removed from games despite no chance of getting rewarded for playing.

PC player to enjoy the same version as others

EA has also revealed in the FAQ of the FIFA 21 that the PC players will enjoy the same version with PlayStation 4 and Xbox One players. But they will be stuck at the current version with no option of an upgrade to the next-gen version at no extra cost like the PS5 and Xbox Series X players when the consoles are finally launched.

FIFA 21 comes with a highly improved gaming experience with better gameplay and next-gen technology visuals that the PC players are likely to miss out on enjoying. It may be disappointing for this class of FIFA players with noticeable game-breaking glitches on Windows 10. Understandably, console players are the major contributors to the EA in terms of number and profit. They naturally get more attention and effort. However, it is not a gloom and doom with the newly launched promising a better performance on PC.

Originally published on June 26, 2020 in Gaming