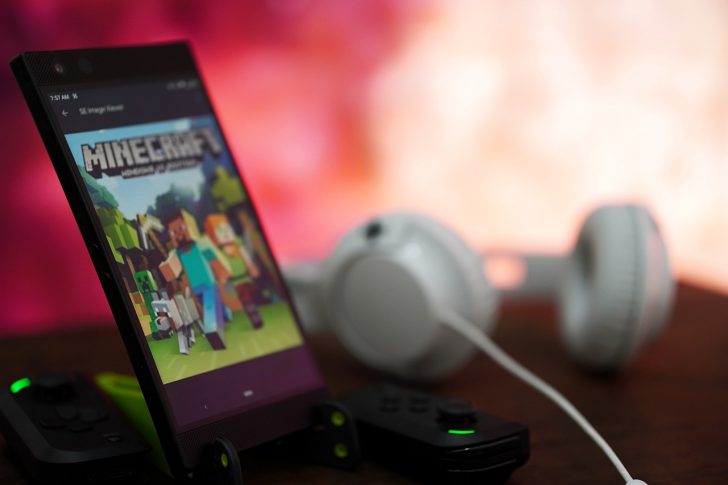 My relationship with video games has always been a positive one. Growing up, I spent my weekends grinding away at JRPG’s like Star Ocean 2, Final Fantasy 7, and Legend of Legaia. Side quests were part of the main objective as I was a proud completionist. Finding every item and weapon filled me with feelings of accomplishment and pride. Every time I started a new game, I became immersed in the story, the fighting mechanics and got lost in the musical scores and pixelated worlds.

It was my escape from reality. I had no idea that at the time, I was practicing Mindfulness.

The gaming industry has seen an enormous attitude shift in consumers. No longer are players stereotyped as overweight nerds with poor social skills. Video games have become a more acceptable pastime, as more games come out to cater to broader audiences.

Coincidentally, there’s been a similar shift in prioritizing mental health. With tragedies of school shootings and an overflow of violence bleeding through the TV, video games have often been the unfortunate scapegoat to this surge of violence. However, there’s a school of thought going against the grain and claims that video games help achieve Mindfulness.

In layman’s terms, Mindfulness is the practice of being in the moment. For gamers, this is often called the “flow” state, when you focus all of your senses on the action. It’s a zen state that comes with hours of practice and focus. Mindfulness has many benefits for your mental health, like focusing on the present, improved concentration, and mental clarity. Today, dozens of video games cater to gamers who want a relaxing, joyful experience without the stress of dying or managing items.

Please keep in mind that while video games could help with Mindfulness, they are not adequate substitutes for professional help. Many therapies help with Mindfulness, depression, anxiety, or other symptoms you may be experiencing, such as Dialectic Behavioral Therapy, Cognitive Behavior Therapy, and Transpersonal Therapy. Sites such as BetterHelp can link you with hundreds of licensed professionals to help you with your mental health needs. For more reading on mental health and therapy, please see: https://www.betterhelp.com/advice/therapy/who-is-marsha-linehan/

These five games will relax your mind and help you practice being in the moment.

You may have heard about this one before. If you haven’t played, Minecraft is a sandbox game that allows players to become gods in their world. Players can choose between different difficulties where you must keep an eye on your hunger level and beasts that want to explode on you. The true gem of this game, though, is Peaceful Mode.

In Peaceful Mode, your health bar won’t decrease from hunger, and baddies won’t spawn. Without these factors, you are free to explore the massive, pixelated world of Minecraft with only your imagination to limit you and the occasional lava pit.

Do you want to recreate King’s Landing? Go for it.

Zombie Apocalypse more of your style? Get to creating those Doomsday shelters.

Have you always dreamt about having an underground layer? Now’s your chance.

Minecraft allows the player to create impressive structures with limitless resources and open-world mechanics. The game becomes whatever you want it to be. The game is masterfully scored by Daniel Rosenfeld, known as C418, with a soothing soundtrack of piano music that focuses your mind on the tasks at hand.

This game is less of a video game and more of an experience. You play as a lone caped figure in a vast desert with only a quick tutorial to guide you for the rest of the game. From there, you can wander the immense desert on your own, searching scraps of your scarf that will boost your jumping and flying ability as you progress. The mechanics are straightforward, and they’re simple by design to allow the player to focus on the visuals and character.

The game has no instruction or spoken narration, no dialogue, inventory, or menu screens. For the entirety of the game, your focus is right in front of you. Even the soundtrack is mesmerizing but not disruptive and pairs well with the game’s rising tensions and stoicism. The beauty of this game is its storytelling through the game itself. There are no cutscenes, and the story progresses through cave drawings, thereby eliminating any language barriers and including players from all walks of life.

Journey is a video game that can be finished in as little as 3 hours but can be used to practice Mindfulness. With smooth movements, minimalistic controls, breathtaking worlds, and total control, Journey gives players a truly unique experience that will center your mind and engulf you into its world.

This game is a massive open-world adventure brimming with content. There are so many side quests and things to do that I’ve played hundreds of hours and still haven’t found every nook and cranny this game has to offer.

The game transports players into the world of Skyrim, a northern land in Tamriel rife with political struggles, class systems, dragons, magic, and ancient civilizations. After a daring escape from a fire-breathing dragon, players have free rein to explore Skyrim early on in the game. The world of Skyrim takes your breath away. Players can spend hours exploring the many ecosystems of Skyrim, including tundras, luscious forests, farmlands, shipwrecks, abandoned ruins, cities, and underground caves brimming with undead soldiers.

Skyrim also contains a massive backstory. You can even collect and read the many books scattered around the world to learn more about the lore and recent history of Skyrim. While there’s plenty of sword fights and creatures to fight, Skyrim also caters to players who want to explore the land and harvest resources to build their own house or craft weapons. While this game may not be a typical game for Mindfulness, Skyrim provides something for everyone.

If you’ve ever wondered what retirement would be like, this is the game for you. Inspired by the popular Harvest Moon games, Stardew Valley lets you fast forward into a future of living off the land. You begin the game as the benefactor of your grandfather’s farm and set off to start your new life away from your sinister, soul-sucking 9-5 job.

Stardew Valley lets players explore caves, mine resources, fish, plant crops, forage, and everything in between. Once you harvest your crops, you have the option of cooking, making artisanal goods, selling them, or storing them for the coming seasons. Yes, Stardew Valley has different seasons with changing weather, seasonal crops, and events.

How you play is entirely up to you. The game is completely open-ended, so players can spend hours watering crops or fighting monsters in the game’s main cave. Often, the stress of completing objectives and advancing the plot sucks the joy out of simply being in the moment. Stardew Valley lets you enjoy these seemingly mundane tasks that can calm you and let you enjoy being in the moment.

Undertale is proof that indie games can compete with more sophisticated game developers. It’s also proof that you shouldn’t judge a game by its graphics. What seems like a pixelated, classic RPG sidescroller is a deep dive into morality and ethics that often goes unnoticed in the grinding and killing of countless monsters in role-playing games.

In Undertale, you play as Frisk and explore the underworld in a series of puzzles and battles. This is where the similarities to classic RPGs end, as the game challenges you to think about every encounter you have.

What follows is a videogame that makes you think about your interactions and choices throughout the game. You can choose the traditional path of slaying. That’s your choice. However, the game gives you the chance to find other ways to solve conflicts. You have the option of talking to the enemy, listening to their problems, and even pet them. Your decisions ultimately affect the beasts’ lives, something that traditional RPGs take for granted.

Undertale has tremendous real-world application with Mindfulness as it gives players a chance to think about their choices when faced with conflicts. Undertale shows players that violence isn’t always the answer, which can translate into meaningful IRL skills. With brilliant writing, bizarre mini-games, a tightly-knit storyline, and dozens of unforgettable characters, Undertale is a game that will question everything you know about RPGs and conflict resolution.