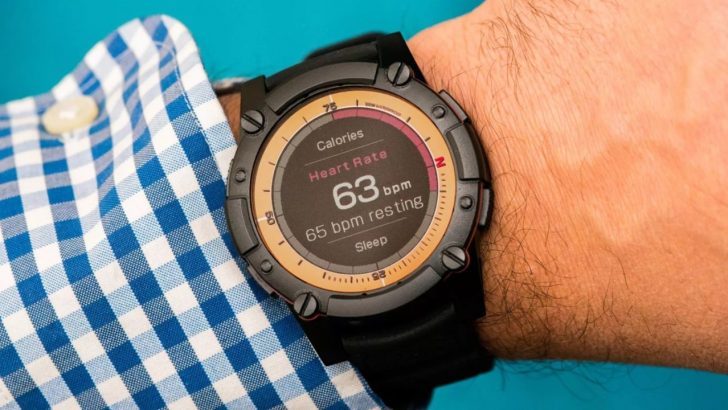 Top 3 Gadgets of Future to Present to Your Girlfriend

It would seem difficult to surprise a modern person with something. However, developers from all across the world, again and again, prove the opposite, presenting to the public more and more savvy inventions. The list of new gadgets is so large that even ardent techno-fans cannot always keep track of them. We have chosen three amazing gadgets that will become a great gift for your girlfriend. The following gadgets will serve as great gifts in the case your friends are planning a marriage.

PowerWatch 2 is equipped with a color display, GPS module, and heart rate sensor. The device receives energy from the installed thermoelectric generator and the solar panel. The first allows you to extract energy from the heat of the user’s body – it was also used in the first version of the watch. In the second, a solar panel was added, which is located around the screen of the device.

One thermoelectric generator generated energy in an amount sufficient only for the simplest functions. The solar panel also allowed developers to improve the smartwatch – it received a color screen, a heart rate sensor, and a GPS module. However, even now – due to the lack of standard recharging – there are limitations: for example, a working GPS module will reduce the device’s operating time to 30 minutes.

ASWY Air 2 – is unusual in its design acoustic Bluetooth-system, the speaker of which quietly levitates in the air. The gadget has a futuristic appearance – with streamlined forms, a touch control panel and customizable neon button illumination, which makes the device a stylish addition to any interior.

The gadget works according to a rather simple physical principle: electromagnets are located in the station case, and there are ordinary magnets are inside the speaker. Due to this, when the base is turned on, the speaker “pushes off” from it and begins to soar above the station at a distance of about 1-2 cm. The altitude of the speaker’s body may fluctuate slightly. When you click on the surface of the speaker, it can bounce a little and get attracted by the base again.

It is important for the levitating part of the ASWY Air 2 system to not fall. The magnetic field between the station and the speaker is located in such a way that when the base power is turned off, the “top” does not roll anywhere, falling exactly to the center of the station. This prevents damage to the case. The speaker cannot move in space, but it can be placed on any metal surface where it can easily be fixed, and it can play music.

The device connects to smartphones, players, laptops, and personal computers via Bluetooth 4.0. The range of its work is up to 10 m; the speaker is powered through the same Bluetooth system from the base or inductively. Without recharging, the speaker system works on average up to 5-6 hours.

The gadget is controlled by three sensitive touch buttons, and the sound from the speaker is distributed evenly in all directions. The power of a speaker with a diameter of 1.75 inches is 5 watts. There is a 3.5 mm jack for headphones and a slot for MicroUSB.

LG CordZero 2 in 1 is a powerful version of a mobile vacuum cleaner. The device is not tied to an outlet, has a low weight and a convenient design. The most important advantages of the gadget – you do not have to worry about its cords when moving the vacuum cleaner from room to room; it can work even when there is no electricity.

The model is powered by two lithium-ion batteries. The capacity of one battery is designed for an hour of continuous operation. At maximum, one battery can last up to 40 minutes. If necessary, spare batteries can be purchased.

LG CordZero 2 in 1 has a simple design, a black and red case in the form of a long handle with a garbage container near the brush and the brush itself. The mass of the gadget is only 2.8 kg, and there is a special limiter on the handle, eliminating any discomfort when using the device.

LG has equipped the model with a new brushless motor, which allows a better collection of debris from flat and fleecy surfaces. Its efficiency is 94% for smooth floors and 60% for carpets, rugs, sofas, etc. The manufacturer provides a preliminary guarantee for new inverter motors for 10 years.

However, the vacuum cleaner also has its shortcomings: the dust collector volume is only 0.35 liters; there is no HEPA filter.

Originally published on October 2, 2019 in Gadgets