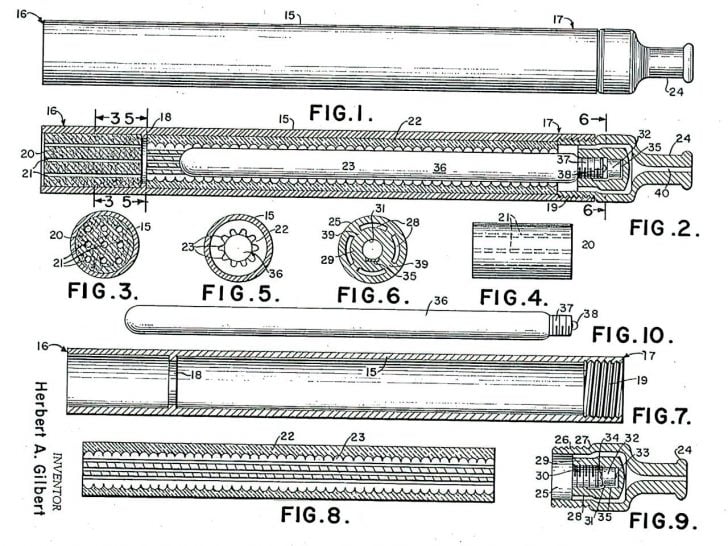 The Quest for a Safer Cigarette: Early Technological Milestones

Humans have used tobacco for thousands of years, and it’s likely that people have known about – or at least suspected – its negative effects on health for nearly that long. For almost the entire time that people have used tobacco, though, there simply was no technology available that could help people quit. The only solution anyone could offer to the problem of tobacco smoking was simply to not start. Well, if King James I couldn’t convince his subjects not to smoke, it only serves to prove that if tobacco is available, people will use it.

Thankfully, technology is no longer a limiting factor when it comes to tobacco harm reduction and helping people quit. In fact, four key technologies have emerged in the past 60 years that have advanced the cause of smoking cessation to a greater extent than anyone would have ever thought possible during the years in which our parents and grandparents started smoking. You probably know the most recent of those technologies – vaping – and perhaps you have even managed to quit smoking yourself with the help of an e-cigarette.

The pace of technological innovation is relentless, and it’s entirely possible that vaping will one day be replaced by another technology that’s even better. Until then, though, let’s be glad that the alternative of vaping has helped tens of millions around the world rid themselves of tobacco for good. The next time you buy a vaping device or a bottle of e-liquid from a company like V2 Cigs UK, take a moment to pause and appreciate the technological innovations that laid the groundwork for today’s e-cigarettes.

The first device that modern smokers would recognize as an attempt to create a safer cigarette was invented by Herbert A. Gilbert in Pennsylvania in 1963. Gilbert called his device the “Smokeless,” and he successfully obtained a patent for his invention.

Herbert A. Gilbert’s Smokeless Cigarette worked in much the same way as today’s e-cigarettes. It was a battery-powered device containing a tube of flavored liquid. Turning the device on drew power from the battery, generating heat that caused the liquid to boil. The user would inhale the vapor, thus mimicking the act of smoking. The Smokeless Cigarette didn’t contain nicotine, but it did have 10 different flavors including cinnamon, rum, and mint.

At the time that Gilbert developed the Smokeless Cigarette, he was a heavy smoker. In his device, he saw a potential health revolution that could help people wean themselves off of smoking. He thought the calorie-free flavored liquids might even help dieters satisfy their food cravings. However, tobacco and pharmaceutical companies balked at the idea, and the Smokeless Cigarette never received financial backing.

Released in the early 1980s, the Favor smokeless cigarette was the first known smoke-free nicotine cigarette to reach the market. By 1986, it was available in grocery stores and other retailers throughout the western United States.

The concept behind the Favor cigarette was incredibly simple. The cigarette consisted of a hollow plastic tube with a paper plug inside, and the plug was saturated with liquid nicotine. When the user “smoked” the cigarette, nicotine was carried to the lungs by the air traveling through the tube. The makers of Favor conducted research on the effectiveness of the smokeless cigarette and found that it delivered nicotine to the blood almost as efficiently as a tobacco cigarette.

Although it appeared to hold promise as a safer alternative to smoking, the Favor smokeless cigarette was off the market by 1987. According to a warning letter sent by the U.S. Food and Drug Administration, the FDA viewed Favor as an unapproved drug delivery device rather than a tobacco product and demanded its removal from the market. The technology behind Favor was ultimately sold to a pharmaceutical company.

Because of the difficult legal situation, many of the tobacco companies’ scientific innovations never resulted in new products. There simply was no way to release those products without admitting that the existing products were deadly.

While the two products differed from a technological standpoint, the principle behind their operation was similar. The heat caused the nicotine in the tobacco to vaporize, and it was then carried by the air as the user took a drag.

In order to avoid running afoul of FDA regulations, R. J. Reynolds and Philip Morris had to use very careful language when marketing their heated tobacco products. They marketed the products primarily as more socially acceptable ways to smoke because they didn’t subject others to the same levels of second-hand smoke as traditional cigarettes.

R. J. Reynolds brought the technology from the Premier cigarette forward to the Eclipse (1994) and Revo (2015) brands. None of the brands achieved widespread success, and none are still available at the time of writing. Philip Morris, meanwhile, released the IQOS heated tobacco system in 2014 based on the technology from the Accord brand. IQOS is available in many markets throughout the world and has enjoyed moderate success.

Originally published on July 19, 2021 in Gadgets