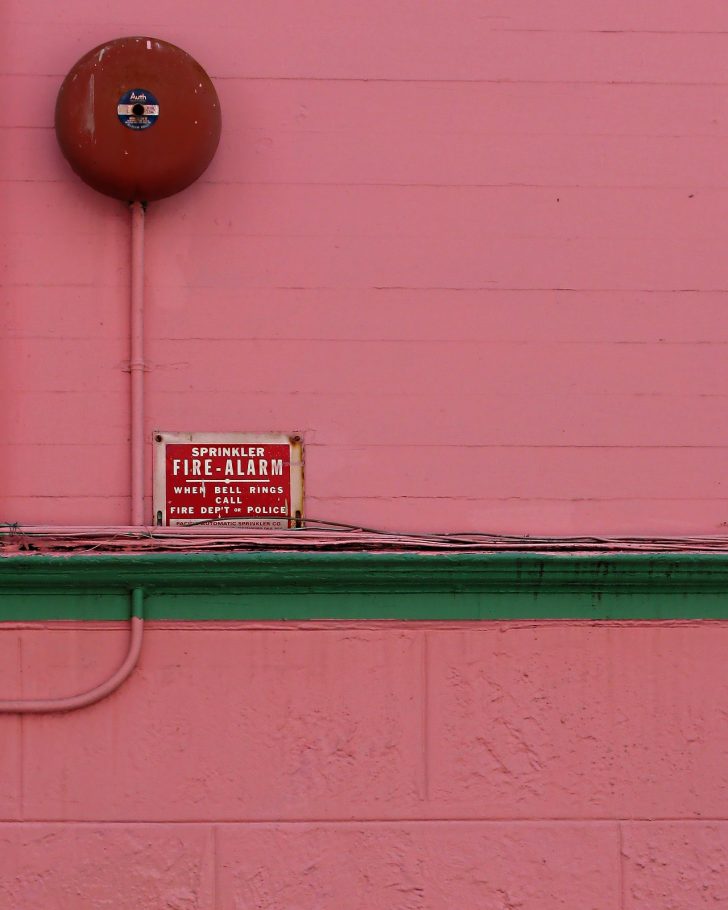 Who invented the fire alarm? Today, fire alarms are a major part of our homes and offices. We use these devices everywhere, and they are important enough that most government regulations require establishments to install fire alarms as a part of allowing them to operate.

Today, fire alarms are quite complex devices and require a series of sensors and great technology to be able to detect fires quickly. Sometimes, they can even be set up to inform the authorities directly and automatically if the fire levels rise above a certain manageable level. They can save lives, prevent severe property damage and allow you to live with a peace of mind about your loved ones and belongings. However, even such a small system as fire alarms has a rich history behind it and we shall look into it today.

So, Who Invented the Fire Alarm?

The first alarm system was completely manual and was invented by Dr. William F. Channing and Moses Farmer. It had two fire alarm boxes that had a telegraph key and a handle. If a fire was detected in anyone’s home or office, someone would reach inside the box and pull the lever to send an alert about the fire to any nearby telegraph operator. Then, the operator would take the message and address and pass on the information to the fire department, who would then respond. It required human interference and had too many steps.

It took almost four decades after that for the first electric fire alarm system to be invented, by Francis Robbins Upton. He realized that if panic set in, people would not think to go and pull the fire alarm. His prototype did not involve this step and thus was designed to save a lot of time and cover for human error. A thermostat would detect the increase in heat in a room, and trigger an automatic sprinkler system to displace the fire, and alerted the operator automatically. This was also the invention of automatic fire protection services. However, his device did not prove to be all that popular as people tended to be overconfident about their ability to respond logically in a time of crisis. However, over time, people realized that this device was really useful and started implementing it in their homes and establishments.

Fire Alarms are Getting Better and Better

Since then, fire alarm systems have seen a steady rate of improvement, and bit by bit, specific features have been improved so that today, we have a good system in case there is a fire. Fire alarm systems today come with an addressable head that points to the location of the fire directly, so the owners of a house or establishments can simply focus on evacuating the premises as fast as possible thus saving more lives. It also has an advanced capacity to diagnose a fire correctly, so there is no error and it is more reliable. Today, we can rely on the fire alarm system to keep us and our belongings safe, and we are excited in paving the way for more enhanced automatic fire protection services.

Originally published on February 4, 2019 in Gadgets