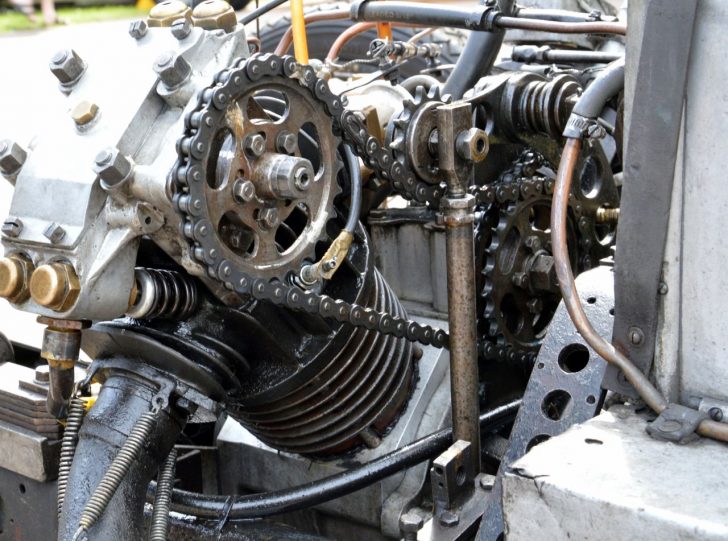 Important Things You Need to Know About Camshafts

A camshaft is a shaft where a cam is fastened. The history of the camshaft goes back a long way. In 1206, Turkish engineer Al-Jazari used a camshaft for his water-raising machines and water clocks. It wouldn’t be until around the 1900s when cars would begin using them. The Maudslay, which was designed by Alexander Craig, began using single overhead camshafts in 1902. There are many things to learn about this part that can give you a greater appreciation for them. Here’s all you need to know about the camshaft.

Camshafts are made out of a variety of materials. Some are made of chilled iron castings, which is mostly used in high volume production. These camshafts generally have good wear and tear resistance because the chilling process hardens them. Before the iron is cast, other elements are added to make the material suitable for the application it’s used for. Billet steel is another material used to make camshafts. It’s used when low-volume production or high quality is required. The production of this type of camshaft tends to be more time-consuming and expensive than other methods. Despite that, the product tends to be superior to others, which is why they’re typically used in high-performance engines.

The rotation of your camshaft and the rotation of your crankshaft is significant to consider. The valves control the flow of the air mixture intake and exhaust gases. The valves have to be opened and closed at the right time during the stroke of the piston. A camshaft is connected to a crankshaft either directly through a gear mechanism or indirectly through a timing belt or chain. Direct drive using gears can sometimes be problematic. There’s a frequency of reversing torque caused by the slope of the cams, which results in gear rattle. In the case of an all-metal gear train, a cam damper would be required, which makes for an extra expense. In some cases, the oil and fuel pumps and the distributor are driven by the camshaft.

Some vehicles have the camshaft driving the power steering pump. In some early fuel injection systems, cams were responsible for operating the fuel injectors. In the earlier times of OHC engines, the camshaft was driven by a vertical shaft that had bevel gears on the ends. It was commonly used in pre-World War I Mercedes Grand Prix cars. Two-stroke engines that used camshafts would have each valve opened once every rotation of a crankshaft. The camshaft would rotate at the same speed as the crankshaft. In four-stroke engines, valves would only be opened half of the time, which would mean there would be two full rotations of a crankshaft occurring for every full rotation of a camshaft. You can also advance the camshaft’s timing to produce better low RPM torque, or delay it to produce better high RPM power. Whenever you change the camshaft’s timing, it moves the engine’s overall power produced up or down the RPM scale.

The lift of a camshaft is referring to the net rise of a valve from its seat. The more the valve rises from the seat, the more that airflow can be provided. In most cases, an increase in airflow is beneficial. Nonetheless, there are some limitations to a greater lift. Lift can be limited by increased proximity of a valve head to a piston crown. Additionally, it requires more effort to move the valve springs to an increased state of compression. While higher lift allows greater airflow, the shortness of the normal duration with a higher lift can result in less airflow than with a cam that has a lower lift but more duration. In a scenario where you’re using forced induction motors, a higher lift can yield more optimal results than a longer duration. Despite that, a higher lift can have more potential problems than increased duration, specifically when valve train rpm rises. The rise can result in loss of torque or less efficient running. When you’re running at high rpm, and the cam has excessive valve lift, this can cause a scenario known as “valve float” to occur. Valve float is when the valve spring tension isn’t sufficient enough for the vale to remain following the cam at its apex. It’s also possibly caused by a steep rise of the lobe, where the valve is shot off the of the cam instead of following the cams’ profile.

The location of the camshaft determines whether your cam operates the valves directly or through a linkage of rockers and pushrods. The advantage of direct operation is it’s a simpler mechanism and can have fewer failures, though it requires the camshaft to be placed on top of the cylinders. It used to be too much trouble to place it there since engines weren’t as reliable in the past. Today, given that modern gasoline has become more reliable, the overhead cam system is more common.

One problem that can be common is sliding friction between the cam follower and the cam’s surface. The wear and tear can be reduced by modern lubricant motor oils, which contain additives designed to reduce sliding friction. The camshaft lobes can be slightly tapered, and the face of the valve lifters can be slightly domed, which will cause the lifter to distribute wear on the parts. Remember that the surfaces of the follower and the cam are designed to wear in together. You should keep each follower with its original cam lobe, and never move it to a different lobe. It’s fine to put new lifters on an old cam, but be sure to never put old lifters on a new cam. The followers in some engines have rollers that can eliminate sliding friction, but be mindful that it adds mass to the valvetrain.

These were some of the most important things to know about camshafts. It’s part that can help contribute to the overall power of your engine. If you’re interested in learning about camshafts and other parts, you can find more information at this link: https://goldfarbinc.com/.

Originally published on June 19, 2020 in Gadgets