In the last 10 years, how many phones have you gone through? The average smartphone user upgrades their phone every 18 months according to the latest stats. The only time I upgrade is when my phone is busted and not worth the money (fixing it). But what if you could fix it at an affordable price? Would you?

The Fairphone 2 is a modular smartphone that you can repair yourself should something go wrong. The Fairphone 2 currently runs on Android 6.0 (Marshmallow) but can be upgraded to 7.0 (Nougat). More details here on why Android 7.0 and not the latest 8.0 or 9.0.  Fairphone 2 features basic smartphone functions such as a 12mp camera with dual flash, speakers, 5-inch 1080p display, 32GB memory and expandable up to 64GB. The phone also features two sim cards and a removable battery. 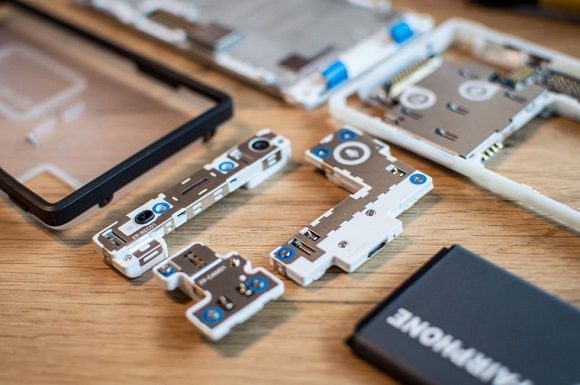 And unlike most phones on the market, the Fairphone 2 is designed to be repaired by you. if any of the parts burn out or get damaged, you can order replacement parts and get the phone operating instead of purchasing a new phone which majority of the smartphone users do.

And you may be asking what makes this phone “ethical”. For starters, the materials used to build this phone are conflict-free minerals. The company has made great efforts in making sure there is transparent sourcing of tin, tantalum, tungsten, and gold. Secondly, the working conditions for the employees of companies that are supplying parts for the Fairphone 2 are considered. While the majority of the world’s smartphones are manufactured in China, but the affordable labor and production comes at the cost of the workers. Fairphone 2 wants to improve working conditions which include health and safety, working hours, and worker representation. Read more about the social aspect here. And the phone is considered Ethical because it’s modular and can be fixed easily in most cases by simply replacing the parts.

While most companies want you to upgrade your phone as frequently as possible, these guys are attempting to make the phone last as long as possible. The Fairphone 2 has already been on the market for 3 years now! Most people would be about to purchase their 3rd phone now (based on 18 month smartphone life cycle).

Originally published on June 21, 2018 in Gadgets