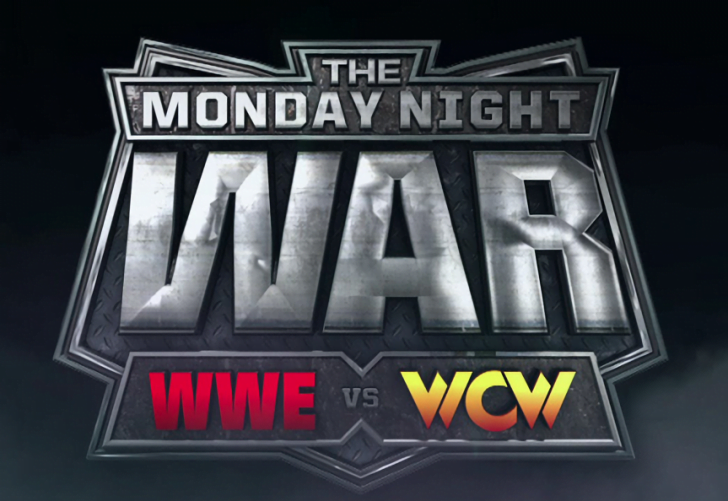 Could UFC have disrupted the 1990s’ ‘Monday Night Wars’?

The definitive twin peaks of sports entertainment gold, WCW Nitro and WWF RAW, were the two combatants in the ‘Monday Night Wars’ throughout the 1990s. Their respective owners, Ted Turner and Vince McMahon, vied viciously for the lion’s share of their young-adult target audience.

As dictated by other elements of popular culture, such as the evolution of MTV, the dot-com boom, the birth of music streaming, and the expansion of network television, that crucial demographic needed immediate entertainment and gratification. A growing range of licensed WWF and WCW video games, for the very first generation of mainstream 3D consoles, also further contributed to this need.

The sight of mega stars like Mike Tyson in the WWE ring fully illustrated the commercial gulf that separated wrestling from the UFC brand two decades ago.

In turn, it stood to reason that UFC was relegated to the sidelines, so far removed from where it stands today, especially with moneyline betting prices ahead of UFC events now enjoying roughly equal popularity with their pro-boxing counterparts. Twenty or more years ago, however, almost nobody was willing to sit through what often amounted to 25 minutes of grappling on the floor.

In hindsight, UFC needed only minor tweaks during wrestling’s biggest golden era, such as mandatory glove wear and a review of the rules. Doing so would have been a direct route to state commissioning and greater exposure. Yet, when compared to the climactic nature of finishing moves like ‘Stone Cold Stunners’ and ‘Tombstones’, it stood no chance.

The launch of WCW Nitro in September 1995 sparked the beginning of the Monday Night Wars. This initial interchange for ratings dominance served to monopolize the sports entertainment industry for years.

Simply put, the 1990s saw UFC merely exist and stutter, while the two main wrestling brands lived and breathed. Indeed, several of their associated video games are still being revered today, making a good case for inclusion amongst the retro games we know and love.

As an alternate approach to getting ‘out there’, the UFC could have – again, with more defined rules permitting – more actively pursued a role as a direct producer of next-gen wrestling talent. WWE offshoot show ‘NXT’ has done this in more recent years, diversifying the options available to budding wrestlers coming through the ranks.

Regardless of ‘what ifs’, it is extremely difficult to envisage UFC – even with the same budget as the two main wrestling federations – thriving in the ruthless, highly-competitive area of 1990s sports entertainment.

Being unable to compete would not, however, have necessarily equated to inferiority. By taking the mistakes of his predecessors into account, UFC boss Dana White has embraced its potential to create a new audience within the prime ‘young adult’ demographic. His uncompromising attitude, as shown in the April 2020 quote below, is seen as a major strength of the UFC’s overall image:

Indeed, had the UFC somehow thrived weekly alongside RAW and Nitro in an alternate sports entertainment universe, there is every chance the UFC brand may have burnt out, with nothing to learn from and no reason to embrace change.

It was, of course, this fate which eventually befell WCW, with Ted Turner’s franchise peaking too soon and duly being bought by Vince McMahon at the turn of the century. In time, this afforded the UFC a lot more room to grow, during a period when its objective, though modest, was more clearly defined with a more realistic trajectory.

With names like Khabib Nurmagomedov and Conor McGregor being continually linked to a full-time WWE gig, and Ronda Rousey making said move back in 2019, the culture for crossover between WWE and UFC is as vibrant and alive as ever.

Thus, with a reasonably-secure future, aided no doubt by an owner who will never take ‘no’ for an answer, UFC’s primary consideration now is how to negotiate this crossover culture without compromising on its USP.

Said USP, namely the promise of blood and uncut violence over the family-friendly entertainment offered by WWE shows, has been both blessing and curse in UFC’s past. As such, knowing where to draw the line in terms of crossover will be vital for the brand moving forward.