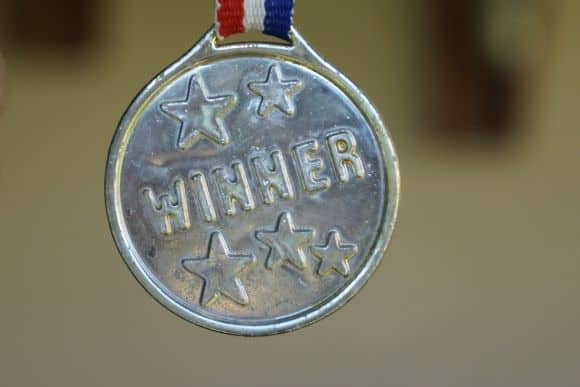 Those of us who are of the geekier persuasion may have felt a bit left out in the recent Tokyo Olympics. After all, those fine physical specimens who can perform a flawless dive from 10 metres above the pool or cover 100 metres in under 10 seconds are about as far from geekiness as it’s possible to be.

So that means that if we want to achieve glory, and maybe even fame, it’s going to have to be in a very different arena – and almost certainly not a sporting one. But fear not. There are several other opportunities not just to shine, but to emerge victorious in a particular sphere.

For example, we might not be good at the long jump or the pommel horse but put a games controller in our hands and we can show levels of manual dexterity that even a concert pianist can’t match. This means that the (virtual) world of video game championships is our oyster.

If you thought that this was something that’s only open to the very best gamers, you’d be wrong. There are plenty of tournaments that anyone can enter and you’ll be able to find details at sites like this. From Fortnite battles royales to FIFA 21, you’ll find all of the major games – and it could be your first step on the ladder to becoming a high-earning pro-gamer.

Another area that doesn’t need specific physical skills or athletic prowess of any kind is in playing a game like bingo online. It’s fun, it’s easy and it’s also surprisingly sociable too with chat rooms where you can meet up with like-minded bingo fans. But we hear you saying that’s all very well, where does the competitive element fit in?

Besides the fact that you can win bingo games, many of the sites also have slots tournaments that run daily. These are competitions that offer you the chance to play a range of different slots games win all kinds of other prizes in addition to potential pay-outs from the games themselves. Every day, there’s a leader board amongst players and the ones with the most in-game wins get the extra bonus prizes. Plus, take a look around at the slots available, and there are certain to be plenty of geeky titles available and ready to enjoy.

Last, but certainly not least, to take a truly deep dive into geek paradise, there are even contests for coding. These will let you put your programming skills to the test against some of the best brains there are. The format is usually pretty similar. You are set a specific problem or challenge and the contest is to see who can be the fastest to solve it. If you’re lucky, success can also lead to internships and even full-time employment.

So don’t worry that you’ll never be climbing on the Olympic podium while your national anthem plays. There are plenty more prizes worth going out there for players of types of skills and abilities.

Why Tech Training is Vital for Employees